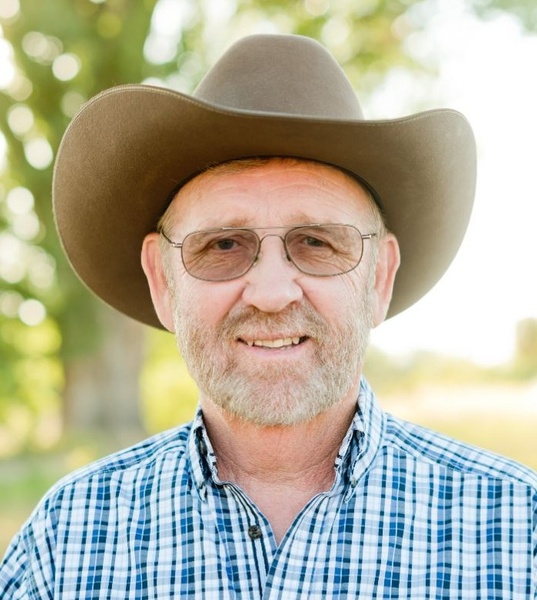 William Kim Pitcher of Newton, Utah, the “toughest of the toughest,” passed away peacefully at home, surrounded by his loved ones, on Aug 20, 2021 after a year-long up-and-down battle with leukemia. He was 69.

Kim was born on May 19, 1952 to William and Joyce Pitcher in Logan, Utah. He grew up in Benson, where he enjoyed riding horses, playing Tarzan in the “jungle” near his childhood home, and swimming in the Bear River. He graduated from Sky View high school in 1970, where he excelled in football and swimming. It was there, in English class, where he met the love of his life, Paula Zollinger. They were married for time and all eternity on November 2, 1972 in the Logan temple. Together, they raised 4 daughters and 1 son on the family farm near Newton. Becky (Park) Hammond of Nibley, Tammy (Mike) Dickson of Logan, Cody (Brooke) Pitcher of North Logan, Dana (Justin) Egbert of Smithfield, and Darcy (Ty) Smith of Newton.

Kim treasured spending time in the mountains with family and friends. He almost never missed a hunt, and loved saddling up for a tricky ride on a spirited horse. “We will never forget riding with him, listening to him sing Christmas carols and giggling at us as we puckered up going up and down the Wellsvilles on a horse.” He was a modern day cowboy who loved his country and what it stood for. He was willing to stand-up for what he believed and wasn’t afraid to take his horse anywhere. He lived by his favorite quote from his hero John Wayne, “Courage is being scared to death but saddling up anyway.”

More than anything, Kim loved spending time with his 15 “grandbabies.” He enjoyed telling them stories about “the good old days,” teaching them about horses and the outdoors, as well as how to shoot a gun, throw a football, or kick a soccer ball. He showed love for each of his kids and grandkids, by giving them each a nickname, unique to them, that stuck to them for life. He always sacrificed for his family, making sure they had everything they needed. His greatest joy was watching his posterity enjoy life.

Kim worked in the agricultural, construction, and trucking industries, where he made countless lifelong friends and had a great influence on all who knew him. He was generous and always willing to help those in need, often emptying his wallet for co-workers and friends. He lived by the motto that you should always take care of those who take care of you.

The family would like to thank the kind nurses and staff at the Logan infusion center and LDS hospital, who cared for Kim over the past few months. He also had a great influence on them. One nurse noted that, “I probably won’t remember his name forever, but I will remember how he made me feel. It was clear by watching him interact with his family that he was an example to live by.”

Kim is survived by his wife of 49 years, five children, 15 grandchildren, a great grand-daughter, and a great grandson (on the way). He is also survived by sisters Terri (Bob) Zeller of Logan, Kandis (Clair) Christofferson of Park City, Shari (Jeff) Hoggan of River Heights, Dina (Floyd) Naegle of Benson, and brother Rick (Connie) Pitcher of Wasilla, Alaska. He was preceded in death by his parents and his lifelong best friend, Richard Cooper of Layton.

To order memorial trees or send flowers to the family in memory of William Kim Pitcher, please visit our flower store.