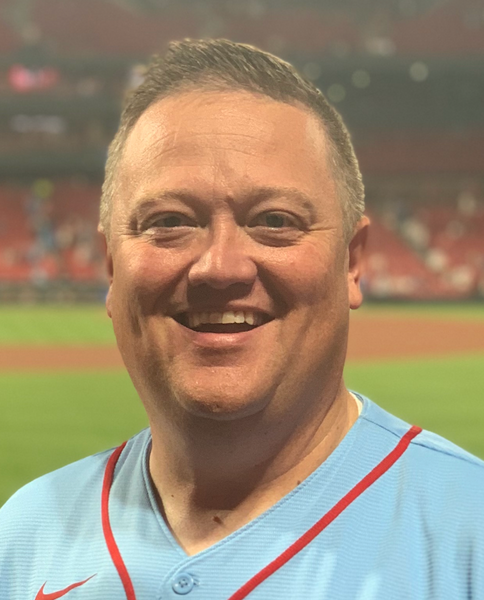 Wesley Vance Godfrey was born into a loving family on July 13th, 1976. From the moment he entered this life, Wes made lasting impressions on those around him. Growing up, Wes had no problem forming bonds with anyone and everyone. If one were to try and trace his life through the friendships and connections he left behind, it would become apparent that wherever he went, he enriched the lives of those who were lucky enough to be around him. Constantly cracking jokes and lightening the mood, Wes mastered the art of putting those around him at ease. Nowhere was this art better used than in his home, and there was no better beneficiary than his family.

Wes served as the anchor for his blended family of nine. In 2015, Wes married his beloved wife Amy and took on the role of Father for her four children – which, when combined with the three from his previous marriage, made for a family of nine. Though the family was large, his immense love made it feel small. Committed to creating a loving and inclusive home, Wes and Amy spent their days tending to the needs of their children. It was their commitment to each other and their children that forged such a strong, resilient, and cohesive family. Though his absence will be felt for decades to come, Wes left behind nothing if not a legacy – a legacy of friendship, companionship, love, and understanding.

On April 12th, 2022, Wes passed at the young age of 45 with his wife by his side. Wes is survived by his eternal companion, Amy, and the kids they share - Hayden, Kaden, Gracie, Drake, Macy, Gage, and Sophie. Additionally, Wes is survived by his parents, Clinton and Diane Godfrey, and his siblings, Shawn Godfrey, Wade Godfrey, Colette Mathews, Bryce Godfrey, and Paige Hansen. Finally, one cannot truly encapsulate Wes’s legacy without mentioning the many memories he left with those who knew him closely.

To order memorial trees or send flowers to the family in memory of Wesley Godfrey, please visit our flower store.