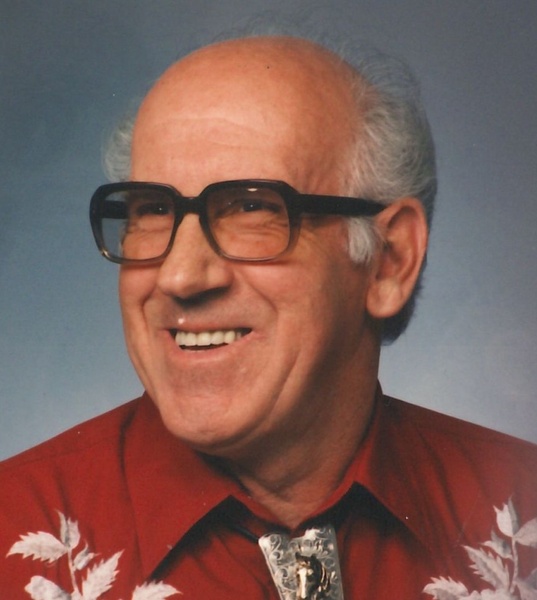 It is with great sadness that we announce the passing of our husband, father, grandfather, great grandfather and great great grandfather, Wesley Dennis Swensen, (87) on Thursday, February 10, 2022 of circumstances incidental to age. He passed away peacefully surrounded by his family. We rejoice in knowing that he is, even now, having a most joyous reunion with family and friends that have passed on before him.

Dennis was born on April 9, 1934 to Willard Swensen and Veneita Mae (Hancey) Swensen. He graduated from South Cache High School in Hyrum Utah in the class of 1952. On May 14, 1954, he married his high school sweetheart,  Carolee Lucille Anderson in the Logan LDS Temple, after which they honeymooned in Southern Utah and Arizona.

In the following years they became the proud parents of six sons. Always wanting to do whatever it took to support his growing family, Dad worked many jobs in his life. He has always been a jack of all trades (A trait that he has passed on to all his sons). In his early life he worked for Davey Tree Company trimming trees. He worked for Boeing Aircraft Company in Seattle, Washington in 1958. He returned home to Utah because of growing concerns over the health of his ailing father. After leaving Seattle they bought their first home in Millville, Utah. For a short time he and his brother, Darwin operated their own tree trimming business. Following that he got a job driving for Clark Tank Lines out of Woods Cross, Utah. When that job didn't pan out he left his wife and sons in Millville and drove his old 1946 Chevy pickup back up to Washington and worked for the railroad for the summer. His wife and kids missed him dearly while he was gone.

After returning to Millville he hired on with the Logan Fire Department,  driving ambulance and fighting fires. It would sometimes drive him crazy just sitting around waiting for a call to come in.  While working there he was recruited by Boeing to come work for them again. So, in November 1966 he packed up his family and moved back to Seattle. He had only been working for them for a couple of weeks when Boeing had their biggest layoff in history and he found himself out of work again. He worked as a school custodian until he hired on with Western Airlines. After a month or so they had a big layoff and he found himself unemployed once again. He then hired on with United Airlines where he would work until he retired. To supplement his income he worked as a school bus driver in his off hours. During this period they bought a home in Milton, Washington where they lived until health reasons facilitated a move back to Logan, Utah in 2019, where he and Carolee lived in Legacy House Assisted Living until his passing. Throughout his entire life he was rarely separated from Carolee for more than a day or two.

Dad has been an active member of the Church of Jesus Christ of Latter-Day Saints his entire life. He held the office of High Priest in the Melchizedek Priesthood. He has had many callings through the years and has served faithfully in each one.

He had many hobbies and interests that he enjoyed. He always loved classic cars and car shows. He loved airplanes. Whenever an airplane would fly over, he could generally tell you the exact kind of plane it was. Many times he would park at the end of Sea-Tac airport and film the planes as they would land. He loved camping and deer hunting and taking his cabin cruiser out on Puget Sound fishing. He was an avid rock hound, he had many rock polishers, rock saws and other rock hound tools that he used frequently.  Everywhere he went he would search for unique rocks. He could tell you what almost any rock was. He also made very nice custom leather motorcycle saddlebags and custom handmade canes and walking sticks. He was very talented artistically and worked with his hands his entire life. He really enjoyed working on his recreational property near Mt. Rainier in Washington. He was an extremely hard worker, never letting any grass grow under his feet. Often times working from first thing in the morning until way after dark.

A graveside service will be held Friday, February 18, 2022 at 1:00 pm at the Millville City Cemetery.

The family would like to extend a very special thank you to the staff at Legacy House Assisted Living Center in Logan, Utah and the caregivers at Rocky Mountain Hospice.

To order memorial trees or send flowers to the family in memory of W. Dennis Swensen, please visit our flower store.