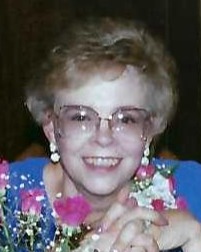 Our beloved Vannene was born on July 15th 1939 to Van and Madge Andersen in Richfield, Utah.  She graduated as Valedictorian from Richfield High School in 1957 and went on to Utah State University where she was President of the Tri-Delta Sorority.  She studied abroad in Germany, and then returned to finish her degree in education at Utah State.  She married her true love, Norman Dean Partington Sr. and they had three children, Norm, Lisa, and Tiffany.

Vannene taught and influenced many for 36 years.  She obtained her Master’s degree in Early Education from the University of Utah in 1978.  In 1997 she completed her Administrative Certificate.   She taught mostly Elementary School age children.

When she passed, it was in her home on October 23rd, and her youngest daughter was with her.  She will be missed more than mere words can express.  She was a great teacher that had a way of imparting wisdom, no matter the circumstances.

To order memorial trees or send flowers to the family in memory of Vannene Andersen Partington, please visit our flower store.