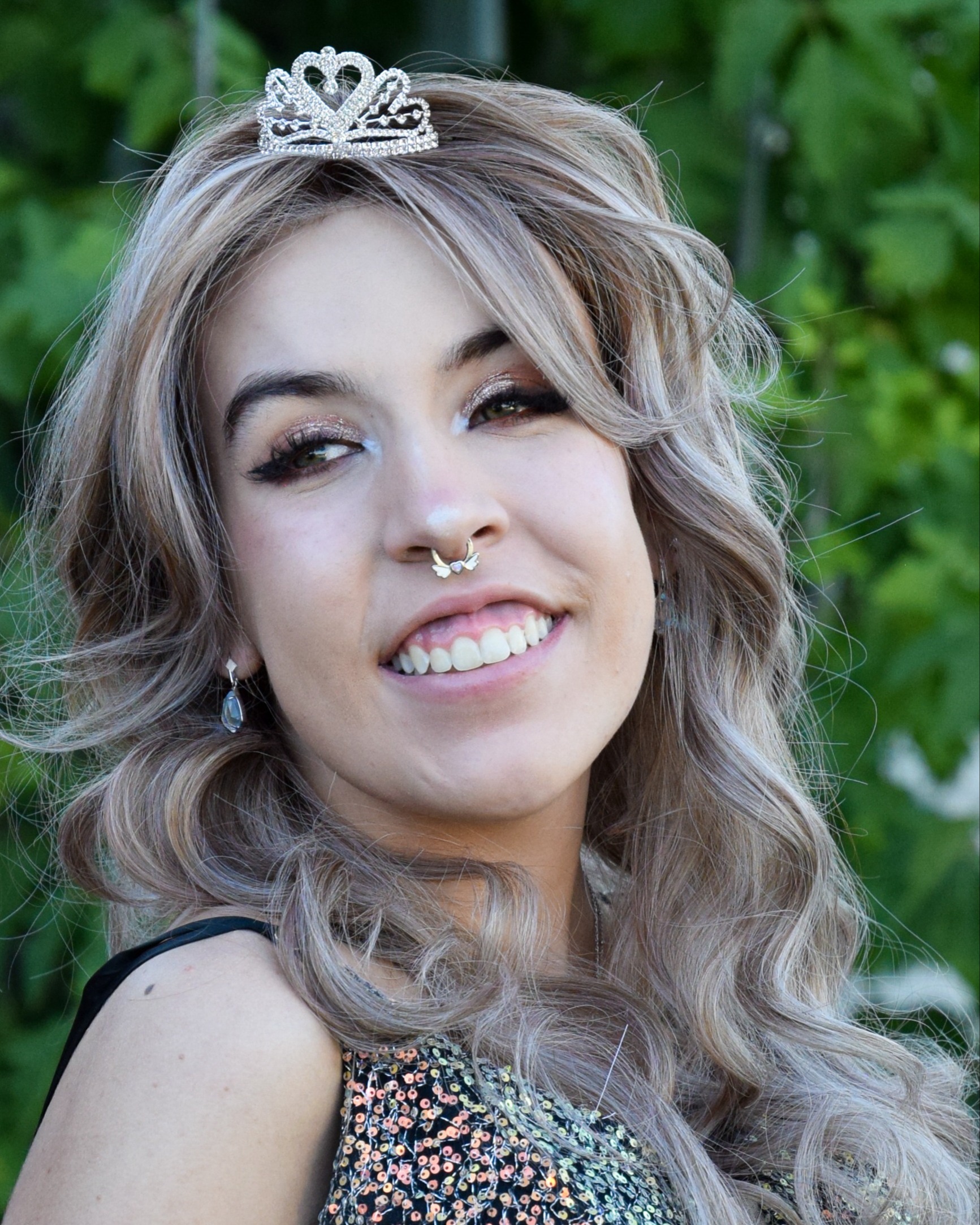 On December 6, 2022, the sun lost one of its brightest rays. Sydney Alix Howell—beloved daughter, friend, granddaughter, niece, inspiration, artist, comedian, and warrior—passed away at the young age of 17 after a courageous battle with rhabdomyosarcoma (a most vile, rare, and cruel form of cancer).

Sydney was born August 2, 2005, the only child of Michelle Howell. It’s impossible to capture in words the beautiful and powerful mother-daughter bond they have and their profound love for one another. The depth of Michelle’s love and adoration for Syd is apparent in every single thing she does.

At an early age, it was clear to Sydney’s mom that Syd would give her a run for her money. This became evident when Michelle once said, “Sydney, don’t make me count to three…” to which Sydney retorted, “Don’t make me count to four, momma!” She was extremely hard to discipline because she was always making her momma laugh.

Sydney has always had a great love for animals and had a wide range of pets, including pythons, kittens, snails (Slugina Gomez and Snail Patrick Harris—a couple favorite names), ferrets (Baguette—another favorite name), and leopard geckos. Her favorite animal and pet she dreamed of having was an opossum.

Sydney is an amazing artist. She taught herself how to crochet, and during her hospital stay, she crocheted lots of animals (and one monster) that brought great happiness to everyone who saw them. Sydney also made some amazing watercolors while in the hospital. She had the ability to create masterpieces with any type of art medium she came across, including makeup.

Sydney loves her friends and family fiercely. To know Sydney is to love her. She radiates love and acceptance. She has a very special bond with her bestie forever, Kat. They are two peas in a pod and often double trouble, and we wouldn’t have it any other way. We ask that you send out extra love and healing towards Kat and Sydney’s other friends, as they are way too young to experience this type of tragedy. Our hearts ache for all of them.

Sydney was a junior at Green Canyon High School. It was there that students, faculty, friends, and family came together in September to show their love and support for Syd and helped to create an unforgettable and magical night for her. Syd was cheered on by hundreds as she made her way in a limo, with a police escort, to the school’s homecoming dance. Later that evening, and much to her surprise, she was crowned homecoming princess. It was a fairytale night for her, and we’re grateful for everyone who helped to make it so special. Our family would like to extend a gigantic thank you to Jennifer Folkman who played a huge role in getting Sydney dressed, motivated, pampered, and safely there. Jen is an invaluable honorary family member.

Through Make-a-Wish, Sydney was able to meet Doja Cat—one of her favorite recording artists. Doja Cat chatted with Sydney via Zoom for over 40 minutes. She showed Sydney around her house, played unreleased songs for her, and told her she loved her. This love became even more clear when Doja Cat mailed Sydney her actual platinum album award with a hand-written note on it. The award is one of the highest honors a musician can receive, as they need to sell a million copies of their album to receive it. Doja Cat chose to give her award to her Sydney. Between the Zoom call and this special gift arriving in the mail, Sydney had lost the use of one of her hands. It was one of the most devastating “add-ons” from her disease, so this extraordinary gift was a much-needed lift for her spirits.

Our family would like to extend a heartfelt thank you to Caitlin Hengge. Caitlin was Sydney’s nanny for over a decade and was such an asset and advocate for Sydney during her hospital stay. Caitlin would work her long nursing shifts and then go immediately to Sydney’s bedside, where she loved on Sydney while attending to many of her medical needs. We would also like to thank Papa Chris who spent so very many sleepless nights right by Syd’s side, showering her with love and giggles. They had such a cute relationship. He would show up every night and say, “I’m here for the sleepover!”

So many people—far too many to list—have shown so much love and compassion for Michelle and Syd during these last four extremely difficult months. Thank you for the generous donations and all the kind words of love and support. We’re forever grateful.

A true warrior, Sydney showed us how to live life with humor, bravery, and strength in the face of incredible adversity. She is so loved and cherished and leaves an immense void in our lives—especially the life of her beloved momma.

Sydney is preceded in death by her uncle Shaun Doyle Howell, grandfather Warren Babcock, and all her great grandparents.

A celebration of life will be held on Saturday, December 17, 2022, at 1:30 PM at the White Pine Chapel, 753 South 100 East, Logan, Utah. A visitation will be held prior to that from 10:30 AM to 1:00 PM. Sydney would want you to wear whatever you are most comfortable wearing. Those who would like to attend the celebration of life virtually may use the following link: https://us06web.zoom.us/j/86394502095. Interment will be at the North Logan Cemetery.

To order memorial trees or send flowers to the family in memory of Sydney Alix Howell, please visit our flower store.