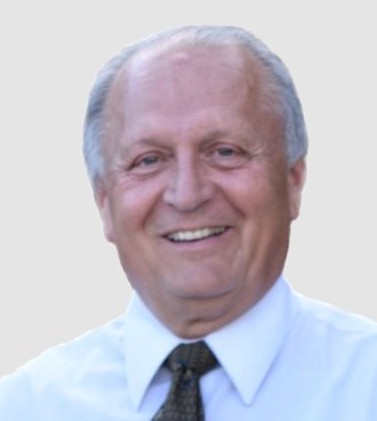 Steve was born on August 4, 1948 in Salt Lake City, Utah, to Arnold Wilding Coon and Arlene Pesina Coon. He served a 2-year mission for The Church of Jesus Christ of Latter-Day Saints to Australia from 1968-1970. He earned his Bachelor’s in Communications from Brigham Young University, his MBA from Missouri Central State University, and additional professional credentials including Certified Life Underwriter and Licensed Stockbroker. Steve was married to his sweetheart, Janet Crosby, his “Janny”, on September 2, 1971 in the Oakland, California, LDS Temple. They recently celebrated their 50th anniversary of that momentous day, with all of their children and grandchildren in attendance.

Steve was a veteran and proudly served with the U.S. Air Force with the 508th Strategic Missile Squadron from 1973-1976, and over the ensuing decades moved with his family to homes in several states including California, Missouri, Alaska, and Utah. He never missed a chance display the U.S. flag, and handled the flag with reverence and respect that he exemplified to his children.

Steve had a passion and love for the outdoors and especially loved fishing. If you had the opportunity to go fishing with him, you know there was nothing that filled his soul like spending time in a beautiful outdoor setting with family and friends he loved. Steve’s life was devoted to his family and helping those around him. He was a dedicated and loving husband, who treasured his wife their entire marriage. His favorite thing was spending quality time with his children and grandchildren. He loved making them laugh and taking them fishing or on tractor rides. Steve was deeply dedicated to his family and friends, and spent his lifetime blessing them with service, conversation, encouragement, and laughter.

Those who knew him were fortunate to meet one of the kindest, most humble men on earth, and those who knew him best, recognized that it went beyond that; that they were blessed to have been friends with someone who was truly Christ-like…the perfect embodiment of integrity, wisdom, compassion, quiet strength, humor, and a deep capacity to love.

We send a heartfelt thank you to all who have shown him so much love and kindness. Donations are accepted at the Steven Coon Memorial Fund set up for his wife and children still at home. https://gofund.me/d3efab72

To order memorial trees or send flowers to the family in memory of Steven Roger Coon, please visit our flower store.