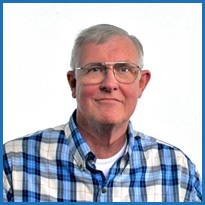 Stephen (Beau) Carlisle Bowen,75, passed away on April 21, 2022 as a result of complications from a head injury he sustained in February(2022). God broke the mold when Steve was born to the late Francis Harold Bowen and Daisy Jane Crider on February 24, 1947 in Niskayuna, NY. Being born into a military family after WWII shaped Beau’s formative years and resulted in a lifetime of learning how to do better, and be better.

Beau’s father(Francis) was in the air force which took the family to move to Japan in 1951 for three years. While living in Japan, Steve and his two sisters used to get into mischief on and off base. Their family adopted a Japanese boy named Eddie. Eddie was 18 when adopted by the Bowens, and even though he stayed in Japan he kept in touch with his “Big American Family” his whole life, even coming to the US to visit a few times.

After living in Japan, the Bowen family returned to the States and moved to Harlingen, TX. Shortly after the family’s move, they were followed by their maternal grandparents, ‘Ma’ and ‘Pop’. Steve spent most of his time with Pop learning how to, and enjoying hunting and fishing. Pop also planted dozens of painsys every year, which quickly became Steve’s favorite flower because they would always remind him of the time they spent together. In 1964 Steve’s Mother remarried and moved he and his youngest sister to Andrews, TX. Shortly after the move Steve dropped out of high school, took his G.E.D. and joined the US Navy at the age of 17.

Serving in the Navy was where Stephen was given the nickname “Beau” that stuck with him, and which he preferred to be called, for the rest of his days on this earth. Beau was a Petty Officer First Class Electronics Technician (ET1) while serving. He served for 11 years, 8 years of active service and was sent on two tours in the Vietnam War. He served on two Destroyers; the USS Blue(Stationed in Japan) and the USS Mahan(Stationed in San Francisco). While an ET1 for the Navy, Beau started out working on radar equipment, and worked his way up to a top secret security clearance where he was able to participate in the military’s research and development of new technologies. One of the pieces of technologies he helped develop was the IFF identification system that his son would go on to use during his Army deployment in the 90’s. Beau was so proficient during his Navy experience that during his last 3.5 years serving in the reserves he was recruited to be an instructor and train new recruits in electronics.

While stationed in San Francisco, Beau met the love of his life, Adele, from a blind date. He showed up to her house with no car, in moccasins, and a fringe leather jacket. Even after that he somehow hoodwinked her into thinking he was a charming gentleman. Boy, was she wrong. Beau was a sailor, through and through. Beau proposed to Adele two months after they began dating, and because she thought it was a joke, her reply was “No.” A word choice she would never live down. They married in 1971, and had their first child two years later, at which point Beau made the decision to change his career from Naval Electronics Trainer to an Electronics Manager working for several companies, and their family settled down in Pleasanton, CA. They continued to grow their family for the next 21 years, having four girls and one boy.

After the older two kids had moved out and started building their lives, Beau and Adele moved themselves and the younger three children to Utah in 2001. Once established in Utah, Beau switched roles from the family bread-winner to a stay-at-home-dad. He quickly became the teenage-friend favorite with his dad-jokes and eye rolls, earning the title of Papa Bowen. Beau’s hobbies included electronics(building computers, radios, etc.), camping, pretending to hate the family dogs while simultaneously being a softy and spoiling them, and road trips to new adventures with his sweetheart, Adele.

Beau is preceded in death by his father, Francis Bowen, and his mother, Daisy Crider.

The family would like to thank the staff at McKay Dee Hospital for all of the kindness and care they provided, especially the following nurses; Brittany, Garret, Jared, Carlin and Taylor, who provided extraordinary care for the family and Beau during his last days on this earth.

In line with Beau’s wishes, there will be no funeral services, and the family has had an intimate celebration of life.

To order memorial trees or send flowers to the family in memory of Stephen Carlisle Bowen, please visit our flower store.