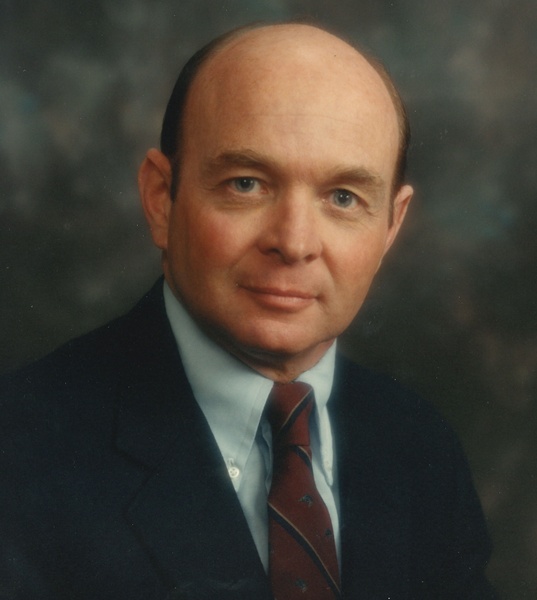 Sidney Alexander Smith, 84, of Logan, Utah, passed away peacefully at home on July 9, 2022  from advanced melanoma.  We so appreciate the loving care from Erin Hyde, Sunshine Hospice.

He was born at home, attended to by his Grandmother Dunford, a midwife, on October 7, 1937 to MelRoy and Lola Belle Dunford Smith.  He was welcomed by his loving sisters, Geraldine and Connie, and his brother, Edwin. It was a stable home with honorable and loving parents.

As a young boy he was taught a strong work ethic, by helping in the family business, Smith’s Clothing store. He maintained this work ethic his entire life.   He attended Logan City schools where he was active and excelled in all sports and ROTC.   He attended Utah State University and was affiliated with Sigma Chi Fraternity.  He interrupted his schooling to join the United States Army for two years. He often stated his military service was a turning point in his life. Upon his return he was invited by Bishop Rex Thompson, of the Logan Ninth Ward, to serve a mission for the Church of Jesus Christ of Latter-day Saints.  His call from President David O. McKay was to the Republic of South Africa, 1959-1961.

Two weeks after returning from his mission he met Margaret Ann Pocock and asked her to marry him within the first week of their courtship!  They were married September 4, 1962 in the Logan Temple. Together they completed their educations at Utah State University; Sid graduating with a degree in Economics, June, 1963.

Sid was a successful business owner.  After starting his career in Arizona in banking and mortgage protection, he became an entrepreneur -- specializing in turning around struggling businesses.  These included such varied areas as heavy equipment leasing, silver mining, car stereo and audio equipment manufacturing, signature pad technology, photonics, real estate development, a trade school, and even ownership of a tortilla factory.

He and Ann consistently used principles of the Gospel of Jesus Christ as decision making tools for operating business ventures, choosing where to live, and structuring their lives.  A move back to Logan in 1981 was a result of these values.  This move brought an opportunity to care for aging parents.

In Logan he became heavily involved with USU.  He served for a year as the USU Athletic Director on a voluntary basis and as Development Director for the university – spearheading the fundraising and construction of the David B. Haight Alumni House.  He also served on the Logan Regional Hospital Board, the Logan Library Board, the local American Cancer Society Board, and chaired the Cache Valley Community Development Board.

He served faithfully in many church callings; Bishop of the USU 17th Singles Ward, Counselor in the Logan East Stake Presidency, as High Priest Group Leader, on numerous High Councils and as a devoted teacher and leader of youth.  Along with Ann, as his companion, he served for three years (1989-1992) as President of the Canada Toronto Mission, supervising, training, and inspiring approximately 550 missionaries throughout those years.  As senior couple missionaries they served in Sierra Leone, Liberia, and the Navajo Reservation. Sid never tired of sharing his faith with anyone who would listen.  He found great joy in Temple service as an Ordinance Worker and Sealer.

He was preceded in death by his parents, sister, Geraldine, and brother, Edwin.  He will be sorely missed, but we know our relationships are eternal and we await our reunion.

To order memorial trees or send flowers to the family in memory of Sidney Alexander Smith, please visit our flower store.