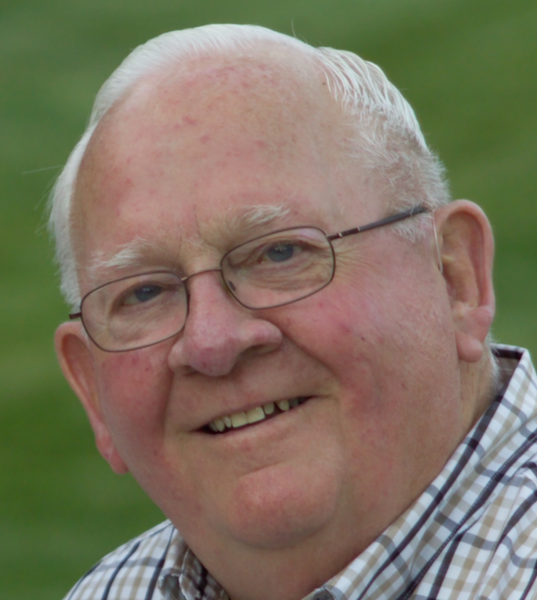 Sherman James Lindhardt, a loving husband, devoted father, and caring friend, passed away on February 23, 2022, of causes brought on by age .

Sherman was born on May 15, 1934, in Winder, Idaho to Marion Joseph and Marie Emmett Lindhardt. His growing up years in Winder presented many challenging circumstances where Sherm learned to work hard and set goals for what he wanted in life. He was surrounded by wonderful neighbors, friends, and extended family who showed kindness and compassion and helped him develop a love for the gospel of Jesus Christ. It was during this time that he set the course for his life, to pursue his dream of having a family and creating a home filled with love and security.

His formal education started in the three-room Winder School, where he attended through the eighth grade. He graduated from Preston High School in 1952. He knew that education was key to changing the course of his life, so he made the decision to attend Utah State University. He enrolled in the ROTC program and spent his weekends cleaning up after the Preston livestock auction to put himself through school.

Midway through his education, he made the important decision to serve a mission for The Church of Jesus Christ of Latter-day Saints. He was assigned to the British Mission and, with the help and support of the good people in the Winder Ward, he served for two years. This experience provided the foundation for his devotion to the gospel of Jesus Christ and many decisions that followed.

Sherm returned to Utah State, graduating in 1958 with a bachelor’s degree in Political Science. He was commissioned as a Second Lieutenant in the Army and bought his first car to drive across the country to Fort Lee, Virginia, where he served until 1960. He continued his service for an additional eight years in the Preston, Pocatello, and Logan National Guard Units where he achieved the rank of Captain. He resigned in 1968, when he received a fellowship and took a year sabbatical from teaching, to further his education. He graduated from Purdue University in 1969 with a Master of Science in Economics.

Sherm became a social studies teacher. He was an excellent teacher and instilled a love of learning in those he taught. He was aware of the students who were often overlooked and was awarded Teacher of the Year in 1974. He began his career at Preston High School in 1960, then one year at Tooele High School in 1962, and back to Preston High School for another year. He was then offered a position in the Cache County School District at the newly built Sky View High School as they opened their doors in 1964. He taught in the classroom for 20 years, followed by 15 years in administration, retiring in 1995. For three years after retirement, he taught education classes at Utah State, both on campus in Logan and extension classes throughout the state.

In March of 1962, Sherm was lined up on a blind date to an M Men and Gleaner fireside and dance with Mary Jean Baird. He knew he had found the girl of his dreams and waited a respectable six weeks to ask her to marry him. They were married August 3, 1962, in the Logan Temple of The Church of Jesus Christ of Latter-day Saints. They lived in Tooele, Utah; Preston, Mink Creek, and Riverdale, Idaho; and Lafayette, Indiana; before buying their first home in Smithfield, Utah, where they raised their family and enjoyed life together. When Mary Jean died in March of 2016, he missed her tremendously but continued to find joy and satisfaction in the lives of his children and grandchildren. He often said, “It has been a good life and I have been so richly blessed.”

Sherm believed in a life of service. He served in many capacities, including time as the Mink Creek Water Master, chairman of the Smithfield City Planning and Zoning Commission, and president of the Cache Education Association. He also served for many years in the Boy Scouts of America organization, attending Philmont Leadership Training and earning his Wood Badge beads. He was honored with the Silver Beaver Award for his distinguished service to scouting.

Sherm had a firm testimony and love for our Savior, Jesus Christ. He shared this often as he served faithfully in ward and stake callings, including bishop, counselor in the stake presidency, and patriarch in the Smithfield Utah North Stake. He especially valued the opportunity to serve with his wife when they were called as missionaries in the Illinois Chicago Mission, followed by many years of service in the Logan LDS Temple where he was set apart as a sealer.

He had a great love for this country. He enjoyed spending time with family and friends, reading, gardening, and driving around beautiful Cache Valley. In their later years, Sherm and Mary Jean explored many backroads on their way to find lunch at a local small-town restaurant.

Sherman is survived by one sister, Carol Carter of Preston, Idaho, his seven children and their spouses, Alice (Shaun) Parkin of Ashburn, Virginia; Barbara (Craig) Warnes of Millville, Utah; Michael (Cami) Lindhardt of Syracuse, Utah; Douglas (Veronica) Lindhardt of Firestone, Colorado and Morgan, Utah; Nancy (Matthew) Felt of Wellsville, Utah; Thomas (Anneke) Lindhardt of Pleasant View, Utah; Paul (Jill) Lindhardt of Smithfield, Utah, and one foster son, Arnold Lee of West Jordan, Utah. He leaves behind 34 grandchildren and seven great-grandchildren, with three on the way. In his final years, Sherman looked forward to his reunion on the other side with his wife, Mary Jean, his parents, and his siblings, Robert Lindhardt, Joyce Cook, Larry Emmett, and Ross Lindhardt, and one grandson, Hanson Sherman Lindhardt.

Funeral services will be held at 1:00 PM on Tuesday, March 1, 2022 in the Smithfield 28th Ward Chapel, 640 North 200 East in Smithfield.  A viewing will be held on Monday evening from 6:00 to 8:00 PM at White Pine Funeral Services, 753 South 100 East in Logan, and prior to the services on Tuesday at the church from 11:00 AM to 12:30 PM.  Burial will be in the Smithfield City Cemetery.  Memories may be shared with the family at www.whitepinefunerals.com

To order memorial trees or send flowers to the family in memory of Sherman Lindhardt, please visit our flower store.