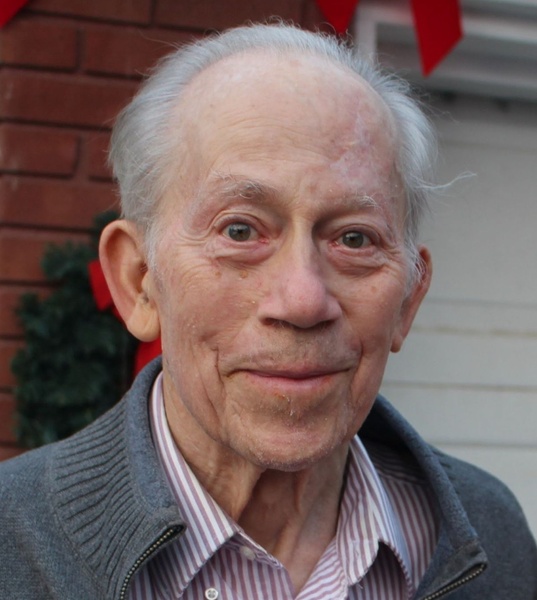 Roland William Jeppson, age 88, was born in Brigham City, Utah on August 30, 1933. He was the first of five children born to Ralph William Jeppson and Eva Johanna Glävcke. He came into this world with a most determined spirit and he kept that spirit with him throughout his earthly life, which he completed on September 29, 2021. There is no doubt, it is that same spirit that he will carry with him for all eternity.

He grew up on the farm in Brigham City where he learned that with a lot of hard work and a bit of ingenuity that he could accomplish anything that he set his mind to. His beloved parents taught him to speak German, to love learning and to never be afraid to try new things. He cherished those formative years growing up with his siblings, Alvin, Anita, Ralph and Peggy. His mother passed away when Roland was only 12, but her influence was so great that he spoke of her and honored her throughout his life.

When Roland turned five his relatives were worried how he would function at school because he only spoke German, but he did just fine. Then, later, when he served a mission for The Church of Jesus Christ of Latter-Day Saints to Germany, he didn’t even realize he spoke German until he stepped off the boat and just understood the people around him. He served a pioneering mission with the German people teaching the Gospel of Jesus Christ and translating and writing many of the mission’s educational material on his Dad’s old typewriter. He recently pulled the old typewriter out for his grandchildren to learn to use and it still worked.

After his mission, Roland attended Utah State Agricultural College where he earned his Bachelors (1957) and Masters (1959) Degrees in Civil and Environmental Engineering. Upon graduation he took a position at Utah State as a research engineer. Through his hard work, he was presented with the opportunity to become the second engineering faculty member at Humboldt State University. He and his wife, Mary Anna, packed up and moved to northern, California. At Humboldt State he taught most of the engineering courses and developed their Engineering Program. He did all this while also teaching early morning religious seminary classes for the youth of his Stake. Again, through the efforts of his hard work, he was offered a faculty fellowship, that paid his tuition and academic salary, at Stanford University. That is where he earned his PhD in Civil Engineering. He felt like the money that Stanford offered, was more than he needed to live, so he gave a portion of it back to help other students. After a few years and three children, Roland and Mary Anna, returned to Logan and Utah State University, where Roland did research and taught for the rest of his professional career. He continued to teach engineering courses at Utah State long after his retirement. He was lovingly known by his students to be one of their toughest and best professors. His research led to the development of a pipe network analysis system that is used throughout the world.

Roland met and married the love of his life, Mary Anna Marcusen, while going to school at Utah State. He said that he knew almost immediately that she was the caliber of woman that he wanted for his wife. He just had to convince her of that. They have been married for sixty-two years and counting. They had been separated for the last ten months, since Mary Anna’s passing, but are now joyously together again for all eternity. Together they raised nine children who are grateful to have had such wonderful parents. Of all Roland’s accomplishments, family was his greatest. He loved his family and they all knew it, because he was always there to help and support and love. He worked hard every day of his life to provide for them. For the past few years he has endured many trials, but always asserted that he had a great quality of life because he had family that loved and cared for him.

Roland loved to be doing something all the time. He worked hard. He played hard. He did everything with full effort and was always on the go. He could be found taking care of his garden and orchard; or riding his road bike; or fixing something around his place (or one of his son’s places); or working on his academic endeavors (even long after his retirement); or writing his personal history; or many other things, but he was rarely found sitting still. Due to a life-changing accident 5 years ago, he was forced to slow down, but he never stopped. He fought his way back to walking (with a walker) and riding a tandem bike with his son. Even though his hands haven’t worked well, he typed a 39-page tribute to his parents and kept up correspondence with friends and colleagues. The legacy he has left to his family and the world is immeasurable.

Roland is survived by his nine children and their spouses: Lori and Bryan Forsyth; David and Sam Jeppson; Gordon and Cathi Jeppson; Brian and Chanda Jeppson; Camille and Scott Stringam; Michael and Rachel Jeppson; Kevin and Tricia Jeppson; Theron and Autumn Jeppson ; Chad and Amy Jeppson. He is also survived by his sister Peggy Henrie, his half-sister, Rebecca Wirsch; 40 grandchildren, 27 great grandchildren, 1 great-great grandchild and his adopted son, Reza.

Funeral services will be Wednesday, October 6, 2021 at 11:00 am. There will be visitations on Tuesday, October 5, 2021 in the evening from 6:00-8:00 pm and Wednesday from 9:30-10:30 am. Both the funeral and visitations will take place at the White Pine Funeral Services (753 South 100 East, Logan UT). Interment at Logan Cemetery. Masks, social distancing, and tolerance and kindness for others are strongly encouraged at both the visitation and the funeral services.

In Lieu of flowers, please consider making a donation to the Roland and Mary Anna Jeppson Endowment Scholarship in Engineering Fund at Utah State University at usu.edu/jeppson or by contacting david.kunz@usu.edu

To order memorial trees or send flowers to the family in memory of Roland William Jeppson, please visit our flower store.