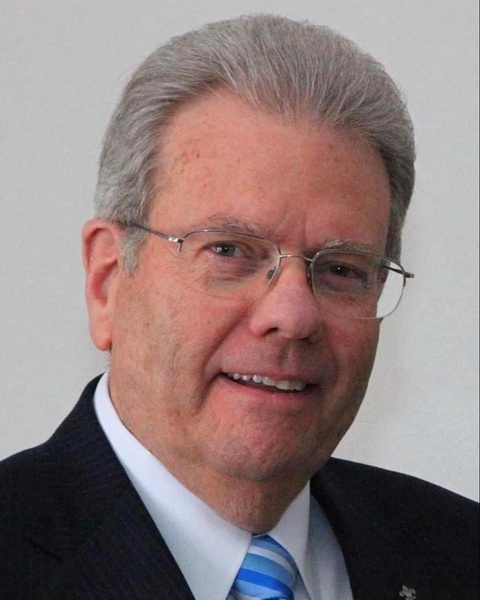 His family moved to Whittier, California, when he was a baby. As a little boy he loved to go to the nearby creek and fish for crawdads with his brother, Randy, and their good friend, Barbara. They liked to go to Robin Hood’s forest and play; they built forts in their backyards, played Cowboys and Indians and Hide and Seek, and rode their bikes all over town. Barbara also remembers that Richard always had fun ideas and would come up with various clubs for he and his friends…he was always very good-natured and fun to be around.

One memory from Barbara, who went from close friend in childhood to sister-in-law in adulthood, was of her being naughty and putting a tack on his seat in their classroom at elementary school. When Richard was 12 years old Disneyland opened for the first time, and he shared with his daughter Rachel how he got to shake Walt Disney’s hand. He spent many hours visiting Disneyland, and as a teen, performed with the Mickey Mouse Club at the Hollywood Bowl.

Richard had a beautiful tenor voice and performed with various choirs in high school. He also was involved with drama and learned Native American Dance which he loved to perform. It was at California High School in East Whittier that he met Lynda Rae Western whom he would later marry after his missionary service. Richard graduated from California High School in 1961 and attended Fullerton Junior College for two years before serving a mission for the Church of Jesus Christ of Latter-Day Saints. In college, Richard continued to be involved in music and drama, and performed the role of Curly in a community production of Oklahoma.

Despite failing Spanish in high school, Richard was called to serve a Spanish speaking mission in Mexico.  Problems obtaining a visa to Mexico kept him in the Language Training Mission, now known as the Missionary Training Center, long enough for him to learn Spanish. He ultimately was sent to serve in the Guatemala/El Salvador Mission where he flourished as a missionary and served honorably for two and a half years. When he returned, he completed a Bachelor of Arts degree in music and spanish from Brigham Young University, graduating in 1968.

During his time at BYU, Richard taught Spanish in the Language Training Mission. He was known to tell both his daughter, Rachel, as well as his young sister-in-law, Allison, the story of “The Three Bears” in Spanish, with lots of embellishments and dramatic flair. This always had both girls laughing hysterically. Richard continued to be fluent in Spanish for the remainder of his life, and he always credited his fluency in Spanish for opening doors to many of his employment opportunities. His first job after college was as an Insurance Adjuster because he was bilingual. Richard spent many years in the insurance industry, but he much preferred being a professional photographer, and eventually started his own photography business.

During his mission for the Church, he exchanged letters with his good friend, Lynda Western, who he had known and dated some in high school. She and her family traveled from Northern to Southern California to meet him at the airport when he arrived back to the United States, and as they had family who lived in his home ward, they stayed for his homecoming address. Just before Lynda and her family were to leave for home Richard took Lynda on a date to Knotts Berry Farm where he proposed, and in a few short months, on August 24, 1966, Richard married Lynda Rae Western in the Oakland Temple. They then moved to Provo, Utah, so that Richard could attend BYU to finish his education. On December 5, 1967, their first child, David Lance, was born.

When Lance was 16 months old, he was diagnosed with Werdnig-Hoffmann’s disease, a rare, recessive, and always fatal form of motor neuron disease or SMA where the children very rarely live past two years old. On February 20, 1970, they had a healthy baby girl, Rachel Lynn, while living in Reno, Nevada.

Richard was an excellent father and spent many hours not only playfully interacting with Lance and Rachel, but physically caring for them as well. The fact that Lance lived to just shy of 8 years old was a testament to the great love and care given him by his parents. Even though Lance never walked nor talked, Richard always took him with him outside the home. These outings often included his young sister-in-law, Allison.

Richard and his family moved from Reno to South Lake Tahoe, California, where Lance was laid to rest with a headstone that reads “A very special spirit."  From Tahoe, they moved to Carson Valley, then Sparks, both in Nevada, then to Grass Valley, California, before settling in Salt Lake City, Utah.

Even though Richard’s first marriage did not continue, he remained a wonderful father, and Rachel was definitely “Daddy’s little girl.”

Music played a very important role in Richard’s life, and he loved to share his gift with others. Richard was always being asked to sing at not only his church functions, but those of other denominations as well.  He belonged to numerous choirs throughout his life, including the Imperial Glee Club in Cache Valley.  In 1986 he joined the chorus at Utah Opera, where he also sang supporting roles in several productions. It was there that he would meet his beloved wife, Lynn.

Richard and Lynn were married October 17, 1992, then sealed in the Guatemala City Temple July 10, 1998. They enjoyed 30 years together, traveling, performing, and mentoring youth. They made cultural and educational trips to Guatemala, El Salvador, Bolivia, Italy, Spain, Germany, and England. Together they also went on a photo safari to South Africa, and most recently, a very special trip to Israel.  They served in the Dominican Republic, Santo Domingo Temple between 2014 & 2016 as missionaries for the Church of Jesus Christ of Latter-day Saints. They lived in Baton Rouge, Louisiana, for 8 years, and both worked for LSU before moving to Cache Valley in 2002.

Richard was a life-long Scouter, maintaining his registry in the Boy Scouts of America for over 70 consecutive years.  He has served in just about every position available from Scout Master to Council Commissioner and participated as a member of a national committee for Cub Scout Roundtable curriculum, which included a staff assignment at the Philmont Scout Ranch.  He was able to attend two National Jamboree’s, the second with his wife Lynn, who had joined him in scouting.  Richard and Lynn were named the Herald Journal “Residents of the Year” in January 2022 for their service as scout leaders.

When Richard went on his first mission, he had almost everything completed for his Eagle Scout Award, but he wanted he and his father to be able to complete their projects together. Unfortunately, while Richard was serving his mission, an age-limit was introduced and both father and son became ineligible. Later in life, this made receiving his Silver Beaver Award and his Order of the Arrow Vigil, even more special.

Richard had a great sense of humor, which he shared with his daughter. Sometimes they were the only two who would laugh at something. He so enjoyed teasing his little sister-in-law, Allison, and she learned to tease him back as she got older.

He and Lynn loved going to movies, from romantic flicks to ones with good action, as long as it included getting the biggest bucket of popcorn available.  He enjoyed a good John Wayne or James Bond movie, but Indiana Jones was one of his favorites, and he often sported his Indy hat.

He was a big fan of burgers, especially the ones grilled by his son-in-law, Justin, always greeting him as “Hello, Number-One Son!”  And although he loved everything his daughter cooked for him, his favorite meal was pork chops, applesauce, baked potatoes, green peas followed by strawberry shortcake made with angel food cake.

Lynn has often talked about how Richard has changed her life, and they became inseparable. From sharing outdoor activities, music, and scouting, to church callings, and temple work, Richard is her soulmate and eternal companion. Lynn grew up in an active Lutheran family, but through Richard’s example and influence, joined the Church of Jesus Christ of Latter-day Saints as an adult.

They enjoyed studying the gospel together and served for more than fourteen years in the Baton Rouge Louisiana Temple, the Logan Utah Temple, and the Santo Domingo Dominican Republic Temple. Richard took the official photograph of the Baton Rouge Temple in 2000, and again for the Santo Domingo Temple’s annual photograph during their mission years. As director and organist over the choirs from nine stakes for the Baton Rouge Temple dedication, they served in four dedicatory sessions for President Hinkley and Elder Maxwell.

Richard’s Spanish gifts opened a new world of travel and language fluency for Lynn, as her “maestro en la casa.” Through music they have performed in many concerts and cultural events from Salt Lake City’s Assembly Hall and Utah Opera’s Capitol Theatre to Bolivia’s Ministry of Culture (La Paz), and El Teatro National de Santa Ana (El Salvador). They have supported one another through a special bond of 30 years that continues most definitely.

Richard was preceded in death by his parents, Bill & Helen, as well as his son, Lance, and first wife, Lynda.  He is survived by his wife, Lynn, his daughter and son-in-law, Rachel & Justin Hamm, his brother, Randy, four sisters-in-law, four nieces, four nephews and all their children, as well as his furry buddies, Tucker and Isabella…not to mention numerous grand-kitties.

Funeral Services will be held at the Providence 10th Ward, 262 Canyon Road, Providence on Thursday, September 22, 2022. The funeral will begin at 1:00 pm and a viewing will be held prior from 10:30 am to 12:30 pm. Interment at Providence Cemetery.

Those who would like to attend the service virtually may use the following link: https://us06web.zoom.us/j/82997795531

To order memorial trees or send flowers to the family in memory of Richard Alan Keisker, please visit our flower store.