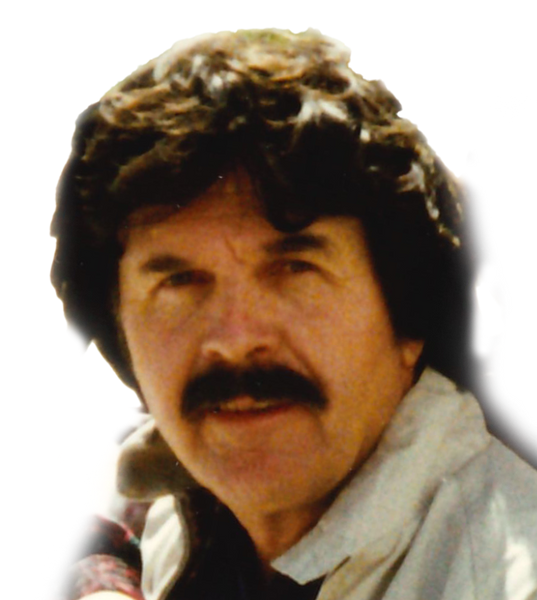 Reid Sandberg Stewart, beloved husband, father, grandfather, and friend returned to the loving arms of our Heavenly Father on August 29, 2021. He passed away peacefully at the Logan Terrace Grove Assisted Living with the love of his life, Ruth, by his side. Reid was born on December 16, 1930 in Logan, Utah. Reid was the 5th child born to Eugene and Vilate Stewart, born at home, five minutes after his twin brother Roy. He attended Logan City schools and graduated from Logan High School, class of 1949.

Dad has always been a hard worker, as a child he worked on his father’s dairy farm milking cows by hand every night and morning. He was also a bicycle delivery boy for Fred’s Flowers and had his own daily newspaper route. When he was a teenager he owned and operated his own auto body and fender shop where he earned money to help pay for his mission. He loved his childhood and growing up in the Logan 11th Ward.

Reid served an honorable two year mission for The Church of Jesus Christ of Latter-day Saints to the Eastern States Mission from 1950-1952. As a missionary, he was chosen to be one of the performers in the Hill Cumorah Pageant in Palmyra, New York. Reid had several miraculous experiences bringing the Gospel to many families and was thrilled when the Philadelphia Temple was built in the heart of his mission. Incredibly he was called to the same mission as his twin brother and was even his companion for a portion of their missions.

After his mission, Reid’s sister introduced him to “the perfect girl”, a beautiful RN, Ruth Olsen, while she was working at the Logan LDS Hospital. After a very romantic courtship, they were married in the Logan LDS Temple on May 7, 1954. They have lived happily together for more than 67 years, hardly ever spending a night apart. Reid graduated from USU with a bachelor’s degree in industrial arts engineering with a teaching certification, and received his commission as an Armored Officer through the Army ROTC. Reid and Ruth started their darling family and served on active duty at Fort Knox, Kentucky in the 6th Armored Cavalry Regiment, after which he joined the Army Reserves and was promoted to the rank of Captain. Ruth and Reid moved to Benson, UT with their first two children and began farming while Reid commuted to Ogden to teach at Murray, Ogden and Weber high schools, teaching driver’s education. That experience helped Dad to be very effective at teaching all of his six children to drive at a very young age on the farm! They moved to Logan where Dad was later on the faculty at USU. After their 5th child was born, they moved to Downey, Idaho and spent the next 40 years farming and ranching in different areas around northern Utah and southern Idaho. Reid and Ruth were blessed with six “Blue Ribbon” children. They taught us the importance of faith, family and freedom. The whole family worked together on the farms to improve the irrigation and cultivation. We had a ton of fun learning about real estate and the benefits of hard work.

Dad’s greatest joy was spending time with his beloved family. We all knew he loved us dearly as he would often tell us—and told each of us—we were, “Practically perfect in every way!” He would happily invite everyone who would join him to have a bowl of ice cream. He delighted in telling stories about his miraculous mission experiences and teaching us how to be successful in business. All of the grandchildren knew that Grandpa had a freezer full of ice cream he wanted to share with them all of the time, and that he could make the best fudge ever!

Dad was active in the The Church of Jesus Christ of Latter-day Saints all of his life with an unwavering testimony of the truthfulness of the Gospel and of the Book of Mormon. He served in two bishoprics, a high council, and several other church callings throughout his life. One of his favorite callings was ward librarian, because he could visit with so many of his dear friends in the Logan 24th Ward. He was a very dedicated home teacher. He never allowed a month to pass without visiting his assigned families. For many years he loved going with his dedicated home teaching partner, Vern Eyre. He especially enjoyed giving his famous homemade fudge for Christmas gifts. Mom and Dad also had the wonderful privilege of serving as temple officiators in the Logan Temple for several years and enjoyed the experience of serving the Lord and the friendships they made there. Mom and Dad have strong testimonies of temple work. Dad often said that his patriarchal blessing taught him that his ancestors were anxiously waiting for him to rescue them. Mom and Dad took that to heart and hired genealogists to research family names and helped hundreds of their ancestors to get their temple work done. We are sure “they will rise as a mighty host and call his name blessed” as Dad passed on to the next life, like was promised in his patriarchal blessing.

He was preceded in death by his parents, Eugene and Vilate Stewart, and his siblings Eugene Jr., Kathleen, Denzil, Roy and his beloved grandson Reid Bradley Stewart. He is survived by his wife Ruth Olsen Stewart, and their children: Rose Marie (Scott) Cook, Reid G. (Heidi), Paul, Connie (Parry) Winder, Mark (Tania), and Tammy (Joseph) Jenkins, plus 29 grandchildren and 74 great-grandchildren.The family would like to thank the Terrace Grove Assisted Living staff for the dedicated, talented, and tender caregivers who worked so diligently to take care of Dad to keep him as comfortable as possible.

To order memorial trees or send flowers to the family in memory of Reid Sandberg Stewart, please visit our flower store.