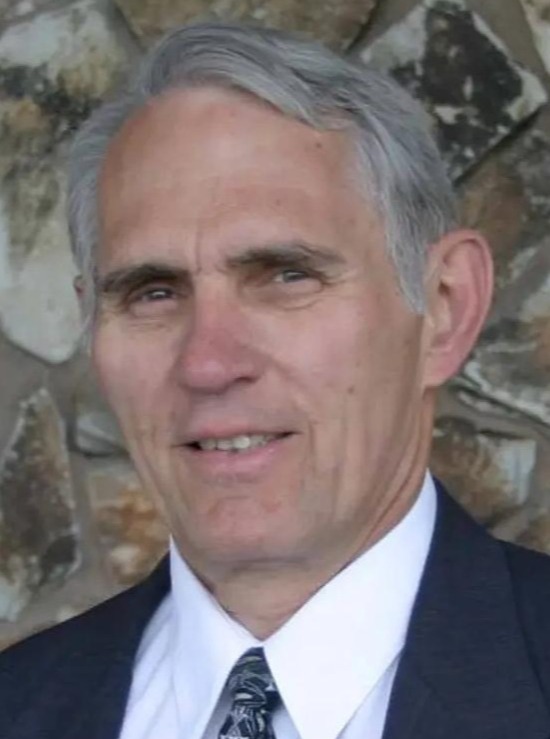 Reed Nielsen, father, grandfather, brother, uncle and dear friend passed away October 14, 2022 at age 80. Reed was born in Salt Lake City, to Reed Meyerhoffer Nielsen and Elma Beth Fowler. Reed was the oldest of 9 boys and 4 girls. When he was three, the family moved to Mackay, Idaho where Reed Sr. took over Grandpa Ike’s Ranch. Reed was a scrappy little kid and had many stories about getting into trouble in elementary school. Reed was his father’s right-hand man on the ranch during his growing up years and had a lot of responsibility, which he never shirked.

Reed went to Ricks College for a year, then went to Salt Lake to live with his uncle and work for the summer. He met Nina that first Sunday after church at a youth activity. He left Nina to wait for him while he served an LDS mission in the Virginia Roanoke Mission. Shortly after he got home, he married Nina Pearl Bell.  He went on to college, graduating from Utah State University with a degree in Aeronautical Engineering.

Reed ran the Welding Engineering Technology program at Utah State University for many years. He made extensive efforts in the American Welding Society, of which he was the president for many years.  Reed loved teaching and making sure that his students were ready for the workplace.

Reed was very good with his hands and always surprised those around him by what he could do. He was often working in his shop in the basement on projects like specialty guns, horse trailers, fixtures for the space shuttle and much more. Reed often used his abilities to help others. In Paradise, many can say that at one time or another he has helped them out. He would drop everything and go to the aid of anyone who needed his skills.

Reed was an active member of The Church of Jesus Christ of Latter-day Saints.  After retirement, Reed and Nina served several missions for the LDS church. They served in California supervising and building a Walnut processing plant, in Omaha-Nebraska working on church farm property, on a brief assignment in Alberta, Canada, and lastly, they served at the Polynesian Cultural Center as maintenance workers. All of these missions required his special skills.

Reed had a love for animals. The 10 acres in Paradise came with many animals including cows, chickens, horses, mules, dogs and lots of cats. Over the years they got rid of most of the animals, but Reed kept the horses. Reed would often say he kept the horses because Nina wanted them. But he clearly loved the horses. He enjoyed numerous horse pack trips with family and friends.
Reed and Nina had 10 kids and spent a lot of their time raising them. They raised their kids to work hard, to have faith and to be competent at what they did. Reed is survived by his 12 siblings, his  children Gregory Gene (Lori),  Deborah Lynn, Jonathan Dale, Michelle Lea (Kevin), Naomi Shar'i (Caesar), Darin Chase, Robin Danelle (Kimberly), Jeffrey Dean (Michelle) and Maren Melece (Wade),  46 grandchildren and 34 great grandchildren with two on the way.

Reed is proceeded in death by his parents and his beloved wife Nina and his darling daughter Tamianne.

A Viewing will be held Thursday evening from 6-8 PM at White Pine Funeral Services, 753 South 100 East Logan, Utah. There will also be a viewing at the Paradise North Ward Building on Friday morning from 10:30 - 11:30 AM prior to the services at 12 noon. Interment will be in the Paradise City Cemetery.

Those who would like to attend the funeral virtually may use the following link: https://us06web.zoom.us/j/89462073417

In lieu of flowers, please consider a donation in Reed's name to the Missionary Fund for The Church of Jesus Christ of Latter-day Saints (https://donate.churchofjesuschrist.org/donations/church/missionary-fund.html?cid=MemoriaMissionary) or the Boy Scouts of America (https://donations.scouting.org/#/national).

To order memorial trees or send flowers to the family in memory of Reed Meyerhoffer Nielsen, Jr., please visit our flower store.