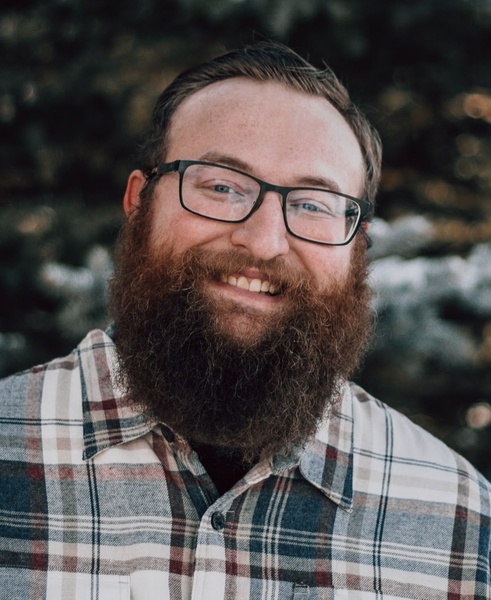 Robert Paul Adams, "Paul", passed away suddenly in the early afternoon of Saturday, April 16th, 2022 at the age of 29.

Paul was born on April 1, 1993 to Robert and Jennifer Adams in Pocatello, ID. He was the oldest of five children.  He was also a great foster brother to several of our family's foster children and was patient and compassionate with them.  He loved to serve others in his walk and talk of daily life.

Paul attended Chubbuck Elementary School, Hawthorne Middle School and Highland High School, graduating in May, 2011.  He was involved in middle school football and high school choir.  He was active in seminary and was a 4 year seminary graduate and was proud to be an Eagle Scout. Paul served in the Oklahoma Tulsa mission serving honorably.  He had a strong testimony of Jesus Christ and the atonement.  He was a very loving son and grandson. He loved everyone with his whole heart.

Paul met the love of his life, Samantha Watteyne, on Saturday, March 5th, 2016.  Sam was immediately surprised at how easy he was to talk to, his generous nature, and his large beautiful beard.  They both knew very early on that this was something special and that the other was the piece of themselves that was missing. They were married and sealed in the Logan, Utah temple on July 7, 2017.

They were blessed with a beautiful life that quickly started to include pets due to Paul's love of animals.  Their two dogs, Cache and Scout, and cat, Friday, were affectionately referred to as the Adams' "fur children".  Although never given the opportunity for human children in this life, it was obvious that his caring and protective nature would have made him a phenomenal father.

Paul would want to be remembered for his kindness, generosity, and passionate way that he lived his life.  His booming laugh is like music and his hugs have a magic quality that made the world feel safe.

Paul is survived by so many people that love and adore him and are devastated by this loss including his wife, Samantha Adams; parents, Rob and Jennifer Adams; mother and father-in-law, Bob and Lisa Watteyne; siblings, Emily (Michael) Sterner, Bethany (Tyden) Ruud, Shelby, and Jeffrey Adams; siblings-in-law, Joshua (McKinsey), Benjamin, Isaac (Shaelee), Addison, Bailey, Annelise, and Joseph; nephew, Nolton Sterner; and grandparents, James and Rose Adams and Theo John and Linda Bell.

In lieu of flowers, donations can be made to Paul's family at: https://gofund.me/70a06e5c

To order memorial trees or send flowers to the family in memory of Paul Adams, please visit our flower store.