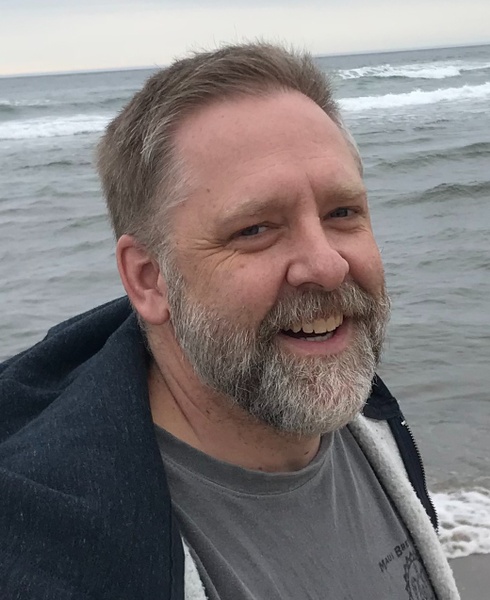 Paul Scott DeBoard passed away peacefully surrounded by his family on August 13th, 2022, at the age of 53, following a courageous battle with ALS. He faced ALS with incredible courage, humor, and strength.

Paul was born on November 8th, 1968, in Pocatello, ID. He was raised in Southern Idaho and graduated from Twin Falls High School. He continued his education at CSI and Boise State University. Paul met his sweetheart, partner in crime, and best friend, Bobbi Lewis, in 1993 at a basketball game. They were married June 10th, 1995, and later had two boys, Cole and Cade. His true purpose in life was being a loving husband and an extraordinary father to his sons. He was their biggest supporter and number one fan. He cherished his family above all else.

Paul was passionate about sports. He was a softball fanatic and served as the Twin Falls Men’s Softball Association President. He played in 3 national championship tournaments and was involved in the Twin Falls softball community for many years. He coached youth football before he was married and loved coaching his own boys in basketball, baseball, and football. Paul was also a fierce competitor in Fantasy Football. He was involved in as many as 17 leagues at once and basked in over 40 championship wins.

Paul was an incredibly dedicated and hard worker. He was the Meat Manager at Albertsons for 13 years and then a route salesman for IBC and Reser’s Fine Foods. Paul believed in working hard to support his family and excelled at every job he held. He was kind and personable and made many friends along his routes.

Paul enjoyed celebrating holidays with his family, especially the fireworks for the 4th of July. Since childhood, he was the dedicated “sugar cookie froster” at Christmas and took his role very seriously. He was intensely competitive and loved playing boardgames and video games with his boys. Paul was the Lego Master and reveled in building elaborate Lego sets. Paul loved his dogs and enjoyed their companionship.

The Oregon Coast was Paul’s favorite place. Paul and Bobbi were engaged, spent their honeymoon, and celebrated their 25th wedding anniversary there. The family also enjoyed their final family vacation there earlier this year. The coast held a special place in his heart.

Paul is survived by his wife, Bobbi DeBoard, and his two sons, Cole DeBoard and Cade DeBoard. He is also survived by many loving family and friends.

To order memorial trees or send flowers to the family in memory of Paul DeBoard, please visit our flower store.