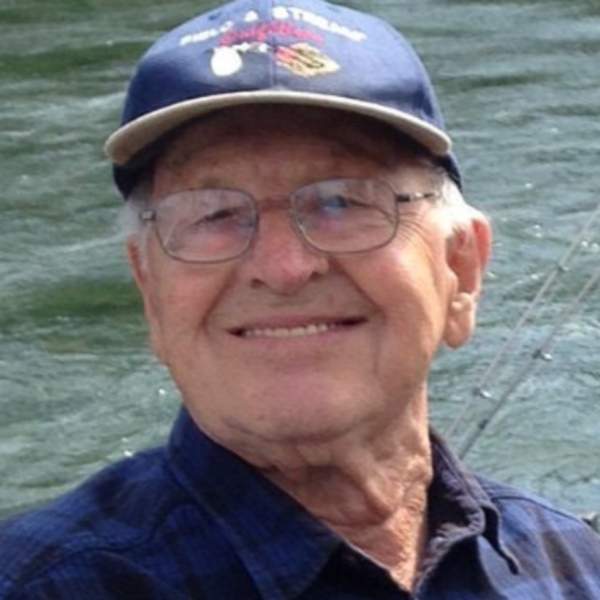 Remembering Our Father, a Remarkable Man!

It is so hard to express that our father, Olaf Thorbjorn Jensen, has gone to heaven to join the love of his life, 3 months and 1 day after our mother passed.

He died of complications from kidney failure on Tuesday, March 9th, at the age of 97.

He was the last surviving sibling and the last of the Norwegian Vikings in our family!

He was born in Stavanger, Norway. 2 years after his birth they moved to a small island called Anabaloe.

There were approximately 170 inhabitants. His family owned the only grocery store, it was on the water, and they lived above it.

In April 1940 the Germans invaded Norway, he was 16 years old. He told stories of the war and the German soldiers always having a gun to his back.

Many times, they busted into the store and took whatever they wanted, totally making themselves at home. On many of their unwelcomed visits, they would take big knives and stick them through all their mattresses, insuring they went all the way to the floor, looking for hideaways.

After the war his father had passed away, so his mother and siblings came to America through Ellis Island in New York.

He was an extremely hard worker. His work ethic was like no other, he would say, “you always have to be doing something, ya know”!

After he broke his femur, he became very dependent on his walker. He would say, “I have my book, the TV and the refrigerator, and mostly the refrigerator. We are ecstatic knowing he is probably running, jumping, and fishing in heaven!

His greatest joys were getting outside in nature to hunt and fish. He would say, “I don’t even need to take my gun when I go hunting, I just like to get out into nature”. We would challenge him to leave it at home, which of course he never did.

He was a building contractor for 50 plus years and then returned to his upbringing and purchased a grocery store in Gig Harbor Washington, on the water.

He was one of a kind and an example to our entire family. He had an undeniable faith, and we find peace in knowing he is now with his Heavenly Father and reunited with his wife and family.

He always made us feel like we could accomplish anything! We will miss him forever. He lived a remarkable life, and he is no longer in pain!

We cannot take any of our possessions with us when we go. What he leaves behind are our memories – lots of unforgettable memories!

He would light up any room he entered and was an incredible role model.

We will miss his laughter, his sense of humor, his bright smile, his stories and jokes, and his unconditional love.

He is gone physically from this world, but his memory will live on forever.

These are the units to measure the worth

Of a man as a man, regardless of birth.

But had he befriended those really in need?

Was he ever ready, with word of good cheer,

To bring back a smile, to banish a tear?

Not what did the sketch in the newspaper say,

But how many were sorry when he passed away.

To order memorial trees or send flowers to the family in memory of Olaf Thorbjorn Jensen, please visit our flower store.