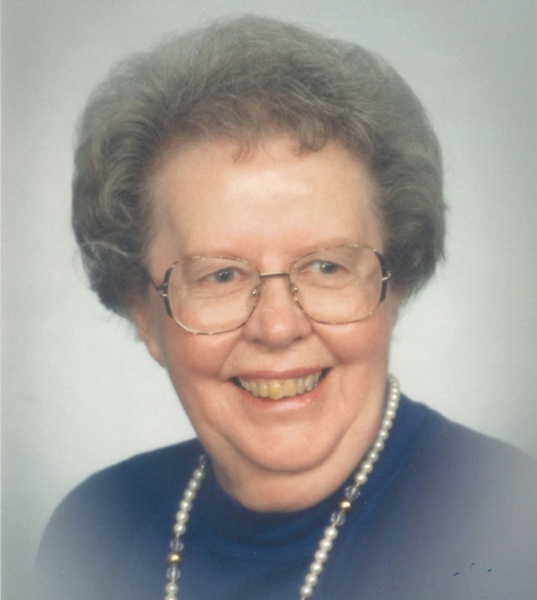 Norma Christensen Nielsen completed her mortal journey on 11 February 2022 after having a long and joyful life. She was born on 21 May 1926 in Centerfield, Utah to Sophus Christian and Christine Damm Christensen, the last of their eight children. Her parents joined the Church of Jesus Christ of Latter-day Saints in Denmark in 1909. Her father immigrated to the United States in 1910 and her mother followed with their two young children in 1911. She has fond memories of growing up in a loving family and in a small community of immigrants in central Utah. When she was 12 years old her mother passed away. The last few weeks she has longed for and looked forward to seeing her mother again.

She met the love of her life, Donald Hansen Nielsen, shortly after he returned from Europe and World War II.  They were married on 3 July 1947 and later sealed in the Ogden Temple. Norma and Don both worked at Hill Air Force Base and retired together in 1974 while they were young and healthy. They spent the next several decades traveling and gathering friends and memories. They lived their married life in Clearfield, Utah and moved to Cache Valley in April 2008 to be with their children and grandchildren. Don passed away later that year. They were inseparable and best friends for 61 years.

She is survived by her son, Les, and his wife, Kim, whom she loves and cherishes as a daughter. Along with four grandchildren, Lacey (Steve) Hales, Karl (Liz) Nielsen, Katie Nielsen, Eric (Brenna) Nielsen, and eight great-grandchildren. Her love for her family and Don’s family can’t be overstated. She is the last of her generation in both of their families. She will always be the “Favorite Aunt” to numerous nephews and nieces, all in their 70’s and 80’s.

Memorial Services will be held on February 26th at Noon with a viewing prior to the service from 10:30-11:30AM at White Pine Funeral Services, 753 S 100 E, Logan, Utah. Interment will be in the Hyrum City Cemetery.

To order memorial trees or send flowers to the family in memory of Norma Christensen Nielsen, please visit our flower store.