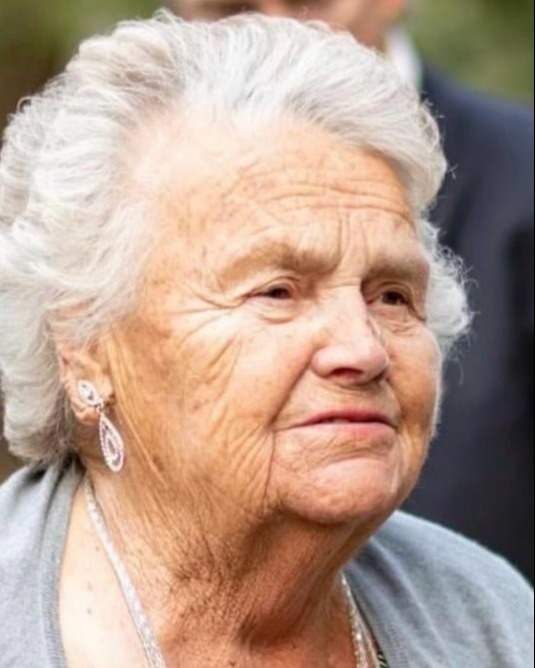 She was born August 26, 1933 in Great Falls Montana to James and Lillian Liljenquist Stoddard. She was the youngest of 10 children. In 1935 the family moved to Hyrum, Utah. Mid attended Hyrum city schools including South Cache High School. In 1949 while attending a dance at the Elite Hall she met the love of her life Morgan Lamar (Bud) Jenson. They were married June 2, 1950 in the Logan LDS Temple. Mid and Bud loved to dance and continued to do so throughout their lives. They attended many dances with their friends and their favorite place to go was the Hermitage in Ogden Canyon.

Mid and Bud lived several places early in their marriage including Snowville, North Logan and Hardware Ranch. In 1955 Mid and Bud moved to Nibley to run Bud’s grandpa’s farm. They later bought the farm and made it their home. They milked cows there for 62 years. Mid lived in the family home for 68 years. Mid worked as a switchboard operator for Mountain Bell in Hyrum for six months. Most of her life was devoted to making a home and being a mother to their three children.

Mid was a Blazer scout leader, served in the primary presidency and together with Bud served for several years on the “Old Folks Committee” in the Nibley 1st ward. Mid and Bud also worked with many youth in high school rodeo.

In May 1996 Bud passed away. Mid worked hard and continued to run the farm with her son and grandson until she was 83 years old.

Mid is survived my her three children; Trudy Byington of Hyrum, Utah, Jim (Chris) of Nibley, Utah,  and Kelly (Teresa) of Hyrum, Utah; 16 grandchildren; 49 great-grandchildren, with one on the way; three great-great grandchildren with one on the way; brother, Keith (Carol) Stoddard of Salt Lake City, Utah; and sister-in-law, Lawana Jenson of Millville, Utah. She is preceded in death by five brothers; three sisters; son-in-law, Roy Byington; daughter-in-law, Tanjua Jenson; and great-grandson, Jay Morgan Jenson.

Those who would like to attend the service virtually may use the following link: https://us06web.zoom.us/j/84766455445

To order memorial trees or send flowers to the family in memory of Mildred Jenson, please visit our flower store.