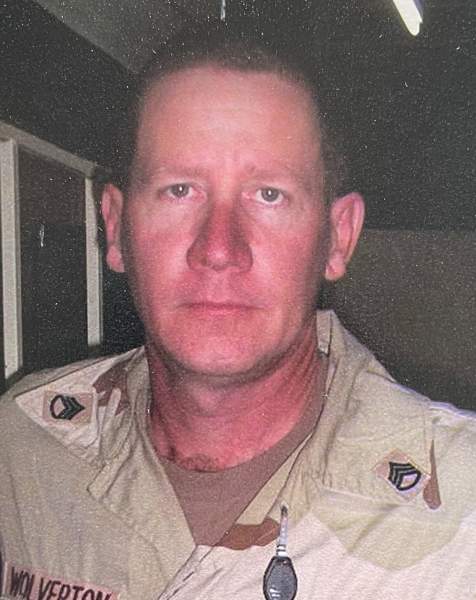 Michael (Wally) Allan Wolverton passed away on September 12, 2022, due to hereditary heart failure and was surrounded by family.

Wally was born in Fresno, CA on January 22, 1967, to William Wolverton and Kathryn Campbell Wolverton.  He lived in eastern Colorado until his parents moved to Utah and later divorced.  Kathryn married Russ Brown of Paradise, UT who raised him from a young age.

After high school, he worked in farming, construction, and drove truck until he enlisted in the Army National Guard in January of 1987.  At the time of his death, SFC Wolverton had served his country proudly for 35 years and was all soldier.  He was hard on them, but at the same time, you knew he would do anything for his soldiers.  Wally had been deployed to serve his country three times.

Mike was running wild and free until he found the love of his life, Kenzie Bement.  They eloped and married in Elko on April 27 or 29, 1989 (depending on who you asked, they both said different days.)  Wally was correct though, it was the 27th.

Wally wasn’t a people person, but everyone he met was a friend.  He loved his family but his “Little White Ranger” truck more.  He loved to hunt, snowmobile, BBQ, and ride in the RZR.  He had a little dog named Muffett waiting for him in heaven.  He was the biggest Raiders fan ever!!!

To order memorial trees or send flowers to the family in memory of Michael Allan Wolverton, please visit our flower store.