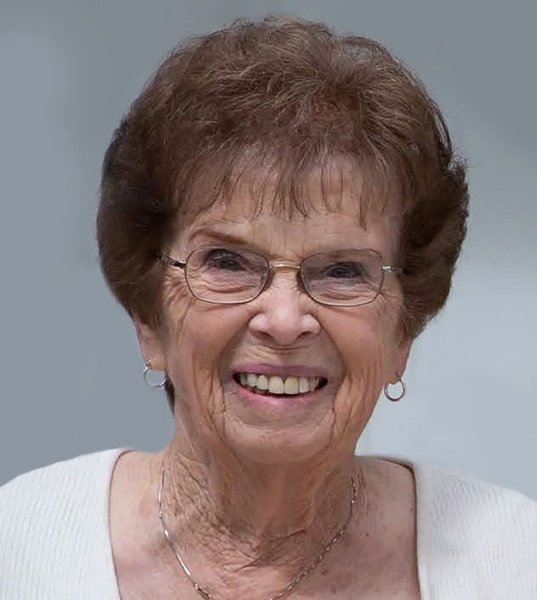 Our beloved mother, Lillian Barrett Kidd, began and ended her earthly journey in beautiful Cache Valley. She was released from her broken and worn out body on July 21, 2021 at the age of 91.

Lillian was born February 2, 1930, at her family’s home in Benson, Utah. She was the fifth of six children born to Golden Wesley and Barbara Lewis Barrett. At the age of three her family moved to the Los Angeles area of California, eventually settling in Compton, where she completed her public education. Upon graduating from high school she found employment as a secretary at the Sears service offices.

She served as a stake missionary for the Church of Jesus Christ of Latter-day Saints and then attended Ricks College in Rexburg, Idaho. It was here that she met the love of her life, Jack Kidd.

After marrying in the Idaho Falls Temple in June of 1952, they lived in Rexburg and Ashton, Idaho for three years. While in Idaho their first two children joined the family.

They spent a year in Provo as Jack completed his master’s degree, and then in 1956 the family moved to Logan, Utah. It was here that their younger two children were born. Other than a school year in Los Angeles, they spent the rest of their years together in Logan.

Aside from spending time with family, Lillian enjoyed quilting, gardening, reading and family history. She was an excellent typist and seamstress, and was very good at crossword puzzles and word games.

She had always been active in The Church of Jesus Christ of Latter-day Saints, serving in many capacities. Her favorite callings were Relief Society teacher, and assistant matron and then matron of the Logan LDS temple, where she served alongside her husband. She had great faith in Jesus Christ and His gospel, and found peace in the temple and comfort in gospel truths.

She was preceded in death by her parents, three sisters, two brothers and their spouses: Irene (and Paul) Hower, Margaret (and Stewart) Cooper, Wesley (and Jocelyn) Barrett, Theda (and Vernon) Stanley, and Chet Barrett. She is survived by her four children, all of Logan: Norma (Herm) Olsen, David (Cherie) Kidd, Janet (Gregg) Olsen and Carol (Scott) Clark; 20 grandchildren and 33 great-grandchildren. She is also survived by two sisters-in-law: Lucia Barrett and Marilyn Kidd.

Interment will be at the Avon, Utah Cemetery. Memories may be shared with the family at www.whitepinefunerals.com

To order memorial trees or send flowers to the family in memory of Lillian Barrett Kidd, please visit our flower store.