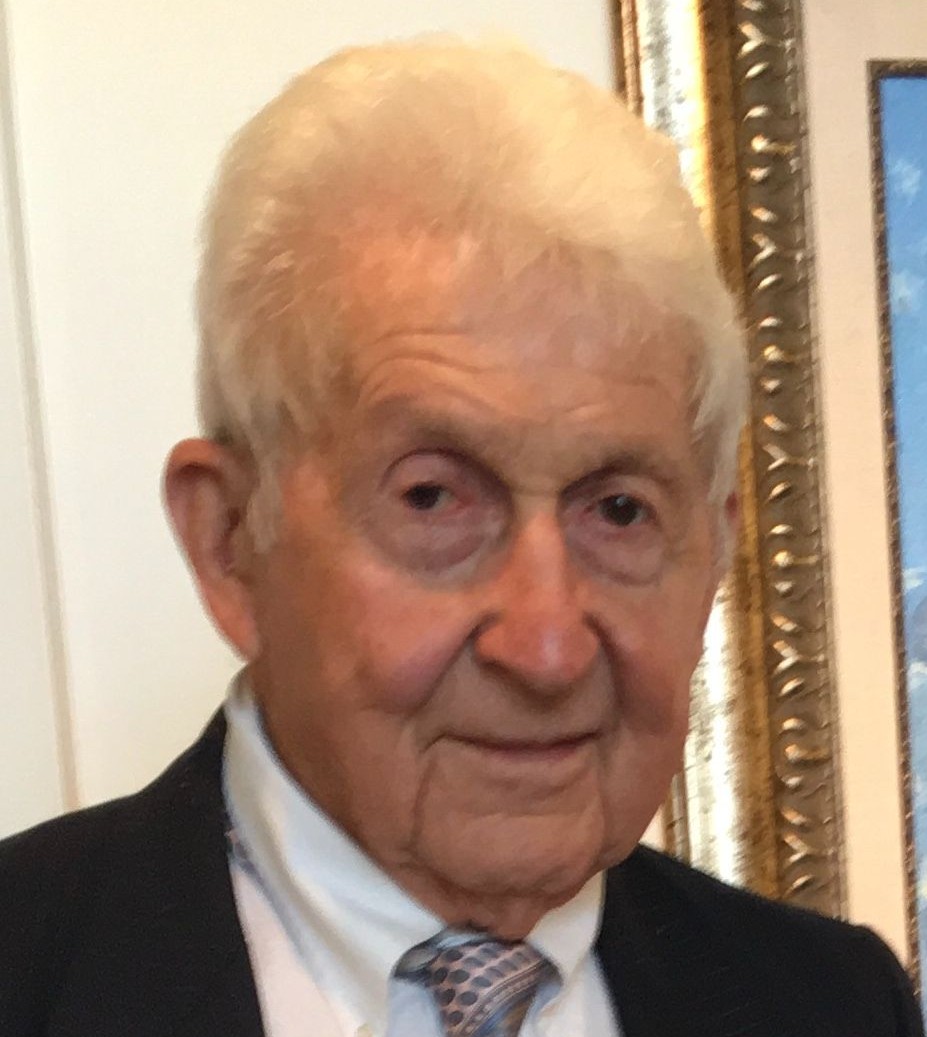 On Saturday, February 12th we lost our beloved father, grandfather, uncle and friend, LaVern Richards Buist.  LaVern was born on August 23, 1923 in Mendon, Utah to William and Rachel Marilla Buist.  He spent the first 19 years of his life there, attending local schools, including vocational training at Utah State Agricultural College, learning to weld.

In 1942 he enlisted in the U.S. Army following his two brothers LaVell and Leon.  He served in the 1879th Engineer Aviation Battalion stationed in the Pacific Front of WWII.  He returned home to Mendon after the war in December of 1945.

In 1946 he left for California to work for Pacific Gas and Electric Company.  He worked for PG&E for the next 37 years, retiring in 1985.  During that career he was sent to Colusa where he met and married his bride, Theresa Cairo in 1947.  There they made a home for their daughter and son, and later for their niece and nephew.  Upon the death of Theresa in 2003, LaVern purchased a home in Wellsville and split his time between California and Utah until his death.

He and Theresa spent many summers in Fort Bragg, California with their 5th wheel trailer.  He was well known for his expert welding skills.  Other hobbies included golfing, bowling and tinkering in his shop; but his favorite hobby was firing up his chainsaw to cut wood.  Above all, he enjoyed spending time with his grandchildren and their families.

He was preceded in death by his wife, Theresa, his parents, and seven siblings.  He is survived by his daughter, Beverly Dodge of Paso Robles, CA, his son Danny (Susan) Buist of Chico, CA, 7 grandchildren, 14 great grandchildren, niece Sharon (Mark) Protine of Las Cruces, NM, nephew David (Nancy) Clifford of Las Cruces, NM, and 3 great nephews.  In addition, LaVern is survived by numerous nieces and nephews from his seven siblings.

The family would like to express their appreciation to Legacy House and Logan Regional Hospital for their loving care and support.

To order memorial trees or send flowers to the family in memory of LaVern Richards Buist, please visit our flower store.
Open