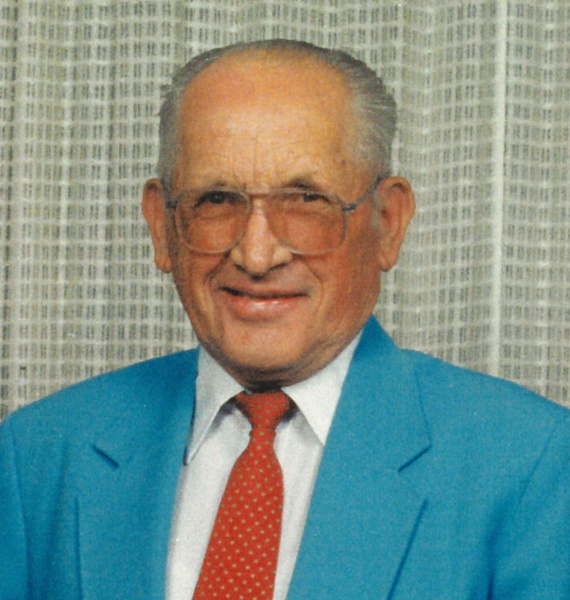 LaRon Falslev passed away peacefully on April 20, 2022, at the Blacksmith Fork Assisted Living center in Hyrum Utah.  He was 93 years old and was a lifelong resident of Benson, Utah.  LaRon was born on October 8, 1928, a snowy day, to Oga and Sylvia Falslev in Benson. He is the third of 12 children, In his 93 years of life, he has had many accomplishments and achievements and touched many lives. LaRon attended school at Benson Elementary and North Cache.

LaRon married Doris Hansen on November 10, 1950, in the Logan LDS Temple. Three days later he joined the 4th infantry in the Army and spent the next 2 years in Germany. After his return in 1952, he was employed at Hill Air Force Base, then took a temporary job at the Physical Plant at USU where he retired after 38 years of service in 1995.

Along with his employment at USU, LaRon also maintained a dairy farm in Benson throughout his life. In his spare time, he bowled with the Night Owl League for many years, enjoyed fishing and trips to Yellowstone, Canada, Montana, and Virginia. He was known for his garden and shared his harvest with friends and family nearby, in Idaho, and even along the Wasatch front.  He maintained his witty sense of humor until the last day of his life.

He was an active member of the Church of Jesus Christ of Latter-day Saints where he served in many capacities. LaRon looked forward to his weekly temple attendance. He and Doris served three missions, first in the Alberta Canada Mission in 1996, then in Albuquerque, New Mexico in 1998. They developed a love for serving others and had many wonderful experiences with the Native American people. Lastly, they served in the Bishop's storehouse in Logan, Utah.

The family would like to thank the staff at Blacksmith Fork for the kindness and care that they showed LaRon, and a special thanks to his "favorite" nurse, Misty Rich.  We appreciate all that they did for him.

To order memorial trees or send flowers to the family in memory of LaRon Falslev, please visit our flower store.