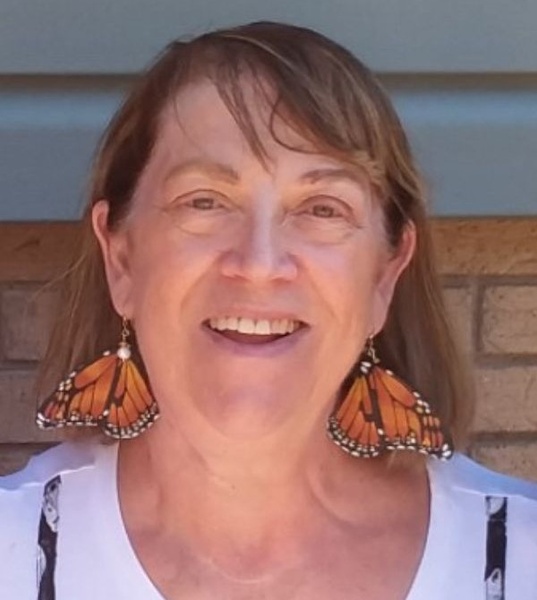 Kathryn Jean Teeter passed away in Logan, Utah on Feb 1, 2022 at the age of 69.  Kathy was born June 19, 1952 to Ruth Johnson and Paul Nelson in Duluth, Minnesota.  She is preceded in death by her birth dad Paul Nelson, stepdad Jay Manor and a loving younger brother Thomas Manor. She is survived by her husband Art, daughters Taffee (granddaughter Willow) and Hollie (grandsons Kalou, Ruot and Merik), her mother Ruth, sisters Linda Hamilton, Sandy Gregg and Robyn Manor.

Kathy attended several schools growing up.  After graduating from Cleveland High in Seattle, Washington in 1970 she moved to Carthage, Missouri where she worked at Big Smith Manufacturing as the admin assistant in the miniature markup department. This is where she met her husband Art who was foreman of the cutting room. They got married New Year’s eve 1974 in Miami, Oklahoma.

In Missouri she was very active with the Carthage swim team where both daughters were active swimmers.  Kathy was a hands-on mom spending many hours driving, watching, sewing for, or cheering on her daughters in their many activities.  She was a beloved member of the community volunteering her time with the Girl Scouts, Dance Troops, local swim team and Catholic community.

One of Kathy’s business ventures included selling the high quality line of Longaberger baskets. This allowed her to collect hundreds of them over time and meet many clients that ended up becoming lasting friends.  She loved people and was always ready for a chat.

Art’s job later with Schreiber Foods brought them to Utah in 1994.  Kathy joined the Utah State University workforce the next year working with the International programs and student health and wellness center where she retired in 2011.

In Utah – Kathy served as a Bethel guardian for Job's Daughters International Bethel 12 helping guide and direct young girls.  She loved working with young women and supporting the Bethel and Masonic Lodge.  Many lifelong friends were made here.  She left her mark by mentoring and teaching young women.  Kathy was always available to be a helping hand. Her absence will be felt.

Aside from her family, her passion was sewing, crocheting, knitting, embroidery etc.  She sewed all the girl’s clothes when they were little.  The ladies at “My Girlfriends” in Logan knew her well as she spent lots of time there browsing the shop or participating in training classes. Her personal inventory of fabric, patterns, yarn, crochet needles, scissors, irons, etc. dominated her ‘activity’ rooms.

In 2012 she was diagnosed with primary progressive aphasia, a form of Alzheimer's.  Over time this dreadful disease affected her ability to speak and eventually took over her mind.  She took part in a clinical research study at the University of Utah but it was stopped after 1.5 years due to disappointing results.

Kathy will be cremated. The family would like to thank the personnel at The Gables of North Logan and Aegis Hospice who helped comfort her during her last hours.

To order memorial trees or send flowers to the family in memory of Kathryn Jean Teeter, please visit our flower store.