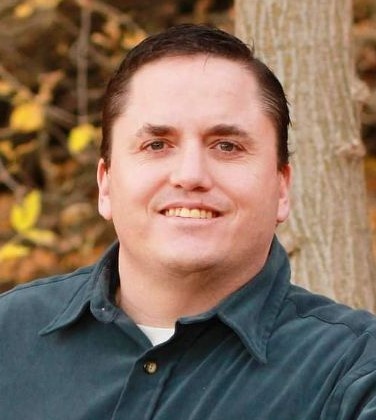 Jon Lake Montgomery, our beloved father, son, brother and friend returned to be with his Heavenly Father on 6/3/2021.
Jon was a humble warrior who fought strongly for what he believed in. He was fiercely protective and loved deeply as he watched over those he loved with an iron strength. He was strong, loyal, brilliant and beautiful.
He loved to be of service to others, always stopping to help others whenever he saw a need. He helped everyone—neighbors, hitchhikers and close family alike.
Jon could fix anything and everything, and never failed to have 100 projects. He was an excellent mechanic even winning the Chrysler Trouble Shooting Contest in high school. His tool collection is enviable with pieces only he knew how to use.
He had smarts and common sense as well as ingenuity. With his willingness and amazing ability to figure anything out, his handiness was unparalleled.
Jon was an adoring husband, brother, father and son. He was always welcoming with his sassy sense of humor. His big guffaws made you laugh every time.
He was blessed to be tall and handsome with crazy long eyelashes and adorable curly hair. His abundant charm certainly helped in his various business dealings.
Being number 10 of 11 children, Jon learned to have many varied passions; music, art, chainsaws, puppies, bon fires, anything with antlers, cruises, road trips, fishing, blades, food, and great BBQ. One of his favorite things to do was gather together and eat.
But Jon's most devout love was for his Heavenly Father. He served a two year mission in Ohio for the Church of Jesus Christ of Latter Day Saints. He never hesitated to share his love of our Savior, Jesus Christ. Though Jon struggled with depression from an early age, and endured much physical and mental anguish, he never wavered in his firm and stalwart beliefs.
Jon accomplished much both before and during his illnesses. He came into this world a truly beautiful baby and was an exquisite and charming child. His curly locks and smiling, vibrant eyes brought joy to all who knew him. He was a darling and adored boy who was his brother's sidekick and his sister’s hero. To the day he passed away, his mother always referred to him as My Little Son.
Running track in junior high enabled him to run for miles and miles allowing him to keep up with the horses on his family's farm. He grew up riding those horses.
Jon graduated from Skyline High School in 1992. He then moved on to SLCC where he earned two associates degrees in General Studies and in Business.
During this time he met and fell in love with Tanya Dobsky. They married on August 7th, 1998 in the Bountiful, UT temple. Their son Tyler Jon was born in 2000. Tyler was Jon's pride and joy. Their daughter Emily Ember was born in 2002. Emily was her daddy's princess from the moment he set eyes on her. Jon's greatest peace and proudest accomplishments were his children. He made sure to strive every day to teach them, and give them wonderful and unique experiences. He even gifted them with boats and ATVs, and the tools to keep them running so they could always have adventures.
Jon was delighted to see his son off onto an LDS mission and watch his precious daughter graduate high school and become an EMT. Jon often said his children blessed him immeasurably.
Before Jon began having health problems he had a Farmers Ins. Agency but was forced to abandon that dream when he was in too much pain to continue. For the last 15 years Jon has lived with cyclical pain. He was extremely hard working but would be knocked down after a hard day and could hardly move the next. His mental and physical pain became unsurmountable and finally consumed him in the end.
Jon leaves a legacy of service, devotion, love, endurance, strength, and capability behind.
He is survived by his children, his mother Janice Montgomery, and his ten siblings and their sundry offspring.
Jon Jon was our precious and loved one.
We’ll miss you always.
Funeral services will be held at noon on Saturday, June 12, 2021 at the White Pine Chapel, 753 South 100 East in Logan. A viewing will be held prior to the services from 10:00 AM to 11:30 AM. Burial will be in the Clarkston Cemetery. Those who would like to live stream the funeral may use the following link: https://zoom.us/j/93394854327?pwd=bHluZmpjSkZtZ3dt...

To order memorial trees or send flowers to the family in memory of Jon Lake Montgomery, please visit our flower store.