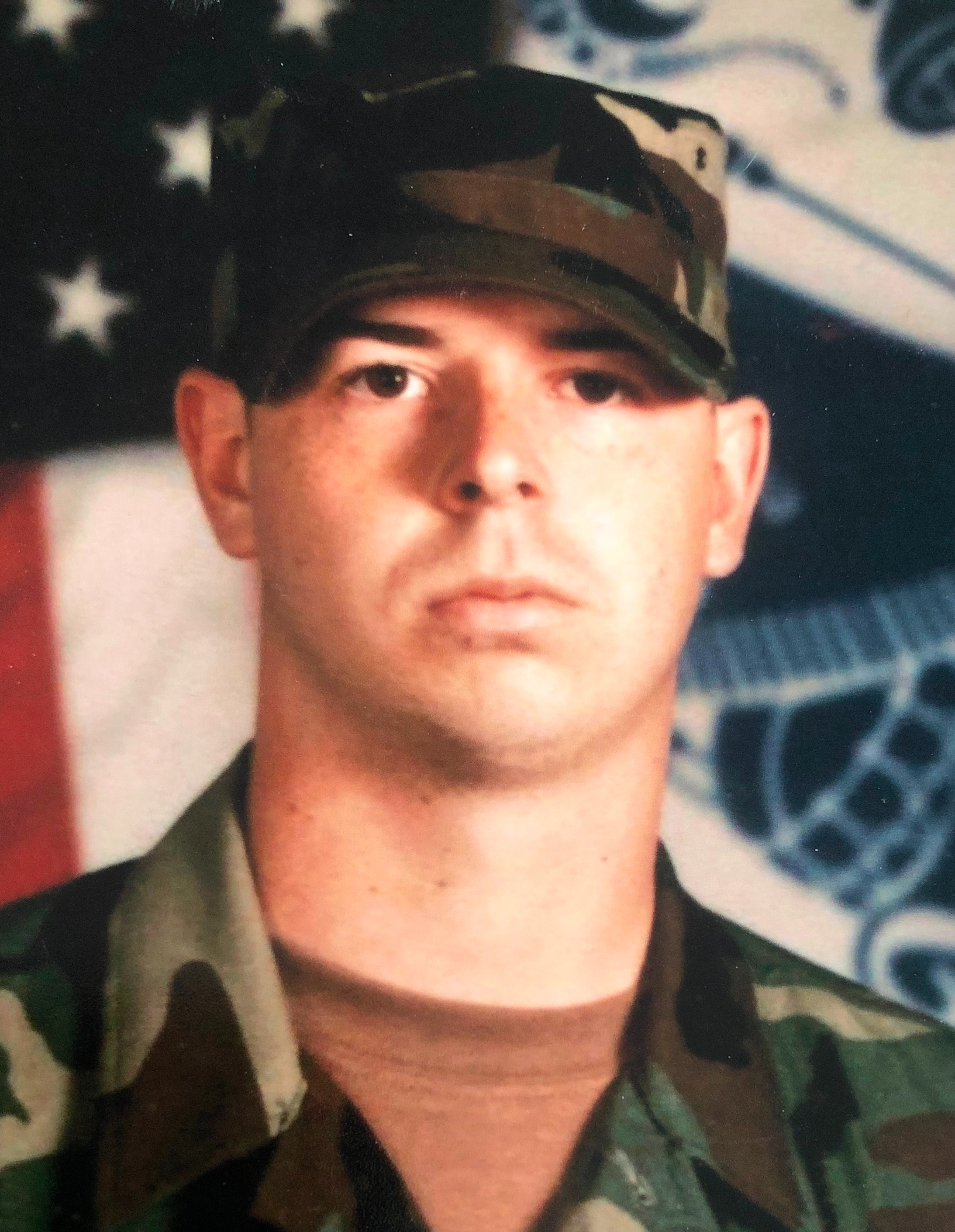 Specialist John A. Gilfillan, a proud Veteran of the United State Army. Specialist Gilfillan was born on December 24, 1984, in Sacramento, CA. He later graduated from Fremont High School in Utah. Specialist Gilfillan passed away, during the early morning of April 5, 2022, due to a service-related disability. The loss is immense, one that travels far and wide. A loss that will not be able to be soothed or eased with time, this loss will affect many generations to come. Specialist Gilfillan proudly served his country, and after his tours to Iraq and many other military related activities came to an end, he devoted his life to his role as a father, another job he did not take lightly.

Specialist Gilfillan enlisted in the United States Army and fulfilled his service contract. During this time, he received many acknowledgements of the great achievements he was part of while serving our country. Some of the awards and ribbons he collected along his journey consisted of, Army Commendation Medal, National Defense Service Medal, Global War on Terrorism medal, Iraq Campaign Medal, Iraq Campaign star, Army Service Ribbon, Overseas Service Ribbon, Combat Infantry Badge. These are only scratching the surface of the great achievements he was a part of. There is no doubt that Specialist Gilfillan was a strong, dedicated, compassionate man, who would be the first to step in to help, or give someone in need the shirt off his back.

As a young boy Specialist Gilfillan was exciting and full of life, he had the wish to be a real-life cowboy. He has always loved to be outdoors, and in recent years you could often find him spending time tending to his yard. He enjoyed collecting things, such as vintage or antique items, he especially loved his marble collection. While Specialist Gilfillan was kind and helpful to anyone who needed it, he was also very head strong and when his mind was set to something that was the way it went. Although he was head strong, he had a gentle way about him that had an easy time resonating with young children, which doesn’t come as a surprise seeing though he was a dad to a small army himself. Specialist Gilfillan valued every part of being a father and embraced the role with great pride. You could often find him playing video games with his kids, going to the park with them, or watching movies with the family. While being a dad was his pride and joy, it was a journey that ended too soon.

His story isn’t over, and his legacy will be long lasting. He will be missed, but greatly remembered. Specialist Gilfillan was a brave man who gave his life to a country he proudly fought for, and his memory will live on forever. As we lay him to rest, we thank him for the time he gave and the beautiful children he has blessed this world with. Through them it feels like a piece of him will always be close to home.

“Some people live an entire lifetime wondering if they made a difference in the world. A veteran does not have that problem”. - Ronald Regan

“And when he gets to Heaven, to Saint Peter he will tell: ‘Just another soldier reporting, Sir. I have served my time in Hell.’”

A service honoring Specialist Gilfillan will be held on April 18th, 2022 at the Utah Veterans Cemetery & Memorial Park in Bluffdale, UT at 12:00 pm.

To order memorial trees or send flowers to the family in memory of John Gilfillan, please visit our flower store.