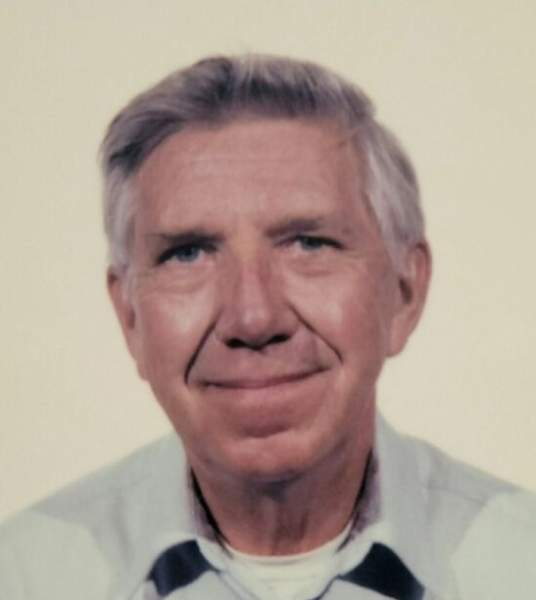 After his mother died, the children were split up among some relatives, because the state refused their dad’s request to go on Social Security, so he could take care of his children. Jim lived with his aunt Francis that did not treat him well. When he was about 9 years old, his grandmother Frankowski took him in. She herself had had 16 Children, and some were still living at home. She also took other grandchildren in. Jim had to do many chores to help out, but he was not mistreated. When he was 12 years old, he got a paper route, and he had to start paying rent, give money for food, and buy his own clothes. When he was 17, he joined the Air Force, and become a Jet Engine Technician. He served in Vietnam, Thailand, Guam, Okinawa and on several bases in the United States.

When he was stationed at Nellis Air Force Base in Las Vegas for the second time, he met and married Ingrid Harrer Johnson. He adopted her son Brian from a previous marriage. They had three more children together, two sons and one daughter. Brian was born in Seattle, Washington. Thomas was born in Las Vegas, Nevada. Christine was born in Banbury, England, and Christian was born in Oxford, England. Jim had one more tour of duty. before he had completed 20 years in the service, and he requested Germany. But since the fighter jets he was working on were in England, he got stationed at Upper Heyford, England.

Christine had been ill since birth and passed away just before her second birthday on October 28th 1973. The Air Force flew the family to the United States on Compassionate leave, and Christine is buried at a cemetery in the foothills of Provo, Utah. Christian was born the following April. That December Jim’sTour of Duty ended, and he put his papers in, to retire out of Hill Air Force Base in Utah, after having served 20 years.

After the Air Force, he worked in construction as a carpenter for several years. When the housing crash came in the eighties, he started working for Rocky Mountain Helicopter at the Provo Airport, as Parts Manager, and Purchasing Agent. He worked there for 15 years. He also worked for Kwal Howell Paints for three years. He then retired. After a few months of being bored, he got a job with JCPenney at the Provo Mall, where he worked for several years in Inventory Control.

The family bought a home in Orem, Utah in April 1975, where they lived for 27 years, while the boys were growing up. In 2002 Jim and Ingrid bought a home in Payson, Utah, and they lived there for ten years. In 2012 they moved to Smithfield to be closer to Christian and his family.

Jim had prostate cancer about 30 years ago, and had surgery for that. He was diagnosed with the new cancer in October 2019, and went on Chemo and Radiation for 9 month. He finished in July 2020, but more cancer was discovered within two months. He had only a few treatments, and decided to discontinue the Chemo.

Jim’s hobby was fishing. His favorite places were, the Provo River in Provo Canyon, and Payson Lakes in Payson Canyon. He loved his family and enjoyed spending time with them visiting the National Parks in the West. He also read many books on his kindle. He liked to talk to his brothers and cousins on the phone, to talk about old times.

The family would like to thank IHC Hospice for the compassionate care provided during the past weeks of his life.

Memorial services will be held at 12:00 pm on Wednesday, June 30, 2021, at the White Pine Chapel, 753 South 100 East in Logan, Utah. Graveside services will be held on Thursday, July 1, 2021 at 1:00 PM at the Eastlawn Memorial Hills Cemetery, 4800 North 650 East in Provo. A complete obituary may be viewed, and memories shared with the family at www.whitepinefunerals.com

To order memorial trees or send flowers to the family in memory of James "Jim" Allen Frankowski, please visit our flower store.