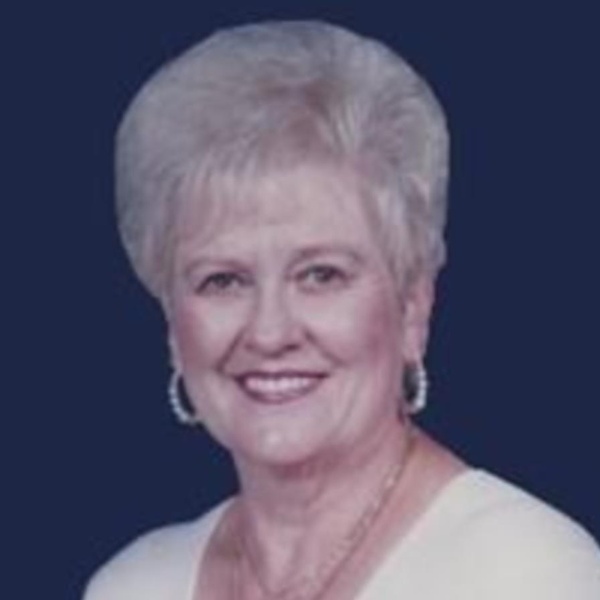 Irene Butterfield passed away with failing health at the Cache Valley Assisted Living in Providence Utah, February 19, 2021, where she had resided for 10 months. She was born on February 9, 1932 in Preston, Idaho. She had just celebrated her 89th birthday. Lila Irene Johnson was William E. Johnson and Lila Mae Owen Johnson’s first daughter. Irene had one sister Maxine (Warner) Stuart, and two brothers, Owen (Jolene) and Wayne (Marcy). Richmond and Lewiston were the towns where she grew up and attended local schools. Irene played the clarinet in the North Cache Marching Band and participated in many assemblies. She had the most fun with her friends and laughed her way through school, graduating from Seminary and North Cache High School in 1950.

Irene met George Butterfield in Smithfield where he ran Jimmy's Drive inn with his brother. She was his sweetheart and they were married in the Logan Temple November 10, 1950. They started their family with the birth of their daughter Shelley, next a son, Mitch and then another daughter, Holley. Irene would get the kids dressed up and walked to Logan’s main street to go the Jensen’s Candy Store or to the Bon Marche or JC Penney’s. Cards clubs were popular with Irene’s friends. The ladies would meet at each other’s house to laugh and talk. George worked with a great bunch of guys at Wonder Bread and they got together as the Wonder Bread Bunch, with their wives that would meet once a month, usually to play cards.

Irene started working for JC Penney’s part time around 1960 and went full time in 1966, retiring in April 1997. But missed the social life she had had at JC Penny’s and went back on Saturday’s, working the lunch hours until she was 70 and the head office suggested that she retire again. You couldn’t miss her in the 6o’s with her high red hair (Big Red), always in high heels and dressed with her special classy style. She had a distinctive clip in her step when she walked down in the stairs in the old Penny’s store. At breaktime you could find her at the Bluebird sitting on her special stool, drinking coffee. Lunch on Saturdays with mom was always a special treat. Irene made lots of friends through working and she missed it everyday.

In the 1960’s she joined the Royal Bakery team and bowled as long as she could, until her legs just wouldn’t let her. She bowled with lots of other teams and her last team was with Jack’s Tire and Oil on the Wednesday Night Ladies League. In 1969 her circle of bowling friends decided to go the National Bowling Tournament in San Diego CA. The Women’s International Bowling Congress advertising committee singled this team out to follow and make a movie about bowling in their first National Tournament. She loved it and traveled to 26 National tournaments in the United States. Irene loved bowling, laughing with her bowling friends and winning. Bowling was something else she constantly missed. She took up golfing, starting at Sherwood Hills and enjoyed making new friends on the course.

Lion’s conventions with George took her to many places in the United States, Hawaii, Mexico and Australia. A trip to England with her friend. Rose Niederhauser, was one of her favorite trips. Irene went to Hawaii with her sister Maxine and traveled to visit her when she lived in different places outside of Utah.

Irene had many different circles of friends and enjoyed people. She loved to laugh and do unexpected tricks to get you to laugh with her. Sometimes if you did not really know her, she could be intimidating but it never took too long to start laughing right with her.

Irene lived in Providence for 49 years and enjoyed the houses that George built for them. She was an immaculate housekeeper and you knew what you could touch and what not too! She loved to drive her Lincoln and was very upset when she did not pass her last driving test. She would not sell it and so she was chauffeured in the Lincoln where ever she needed to go. During the last 10 years she appreciated the help from her neighbors, ministering sisters and couples, Meals on Wheels, house cleaners, Yard Care Services, she loved her outings to get her hair done and Denise Johnson for coming to her house to do her manicure and pedicures. There was always a family member available to help her out and she was able to live in her own house up until the last ten months.

A public viewing will be held Thursday, February 25, 2021 from 6:00 to 7:30 p.m. at White Pine Funeral Services, 753 South 100 East, Logan UT. A memorial service will be held this Friday, February 26, 2021 starting at 12 Noon at the White Pine Chapel, with a public viewing prior from 10:30 - 11:30 a.m. COVID regulations will apply and masks are required. Interment will be next to her husband in the Providence Cemetery located in River Heights. Services will be livestreamed at:

Condolences and memories may be shared with the family at www.whitepinefunerals.com.

The family would like to express our thanks and appreciation to Cache Valley Assisted Living and staff for their kindness, exceptional care and friendships. Special thanks to Atlas Hospice for their compassionate service to our mom while at CVAL. We would not have been able to deal with many of her unique situations without the open communication that we had with you.

To order memorial trees or send flowers to the family in memory of Irene Butterfield, please visit our flower store.