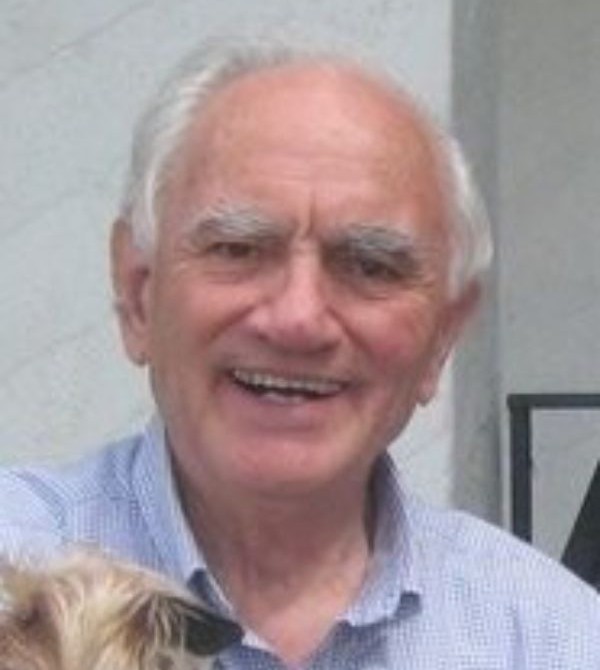 Harald Eckart Singer passed away peacefully on August 24, 2021, at his home in Hyde Park, Utah, surrounded by family. His death was the result of COVID-19. He was 88 years old.

Harald was born November 29, 1932 to Johannes Paul Singer and Charlotte Johanne Weller in Dresden, Germany. He was the second of four children. He lived in Dresden and Berlin during World War II and immigrated to the United States in 1949 with his mother and sisters to join his older brother who had immigrated a few years earlier. He worked as a plumber’s assistant and various construction jobs to earn money. He served a mission for The Church of Jesus Christ of Latter-day Saints in Sydney, Australia.

During the Korean War, and while still a German citizen, he was drafted into the United States Army and served for 2 years. Because of this service, he was granted US citizenship through the Immigration and Nationality Act. He liked to say that his US citizenship was “literally granted by an Act of Congress.”

While he received only an 8th grade education in Germany, he went on to graduate with a BA from Brigham Young University and an MBA from Indiana University Bloomington. After teaching at Ricks College in Rexburg, ID, and the University of Washington in Seattle, WA. Harald moved his family to Logan to teach Finance and Accounting at Utah State University. He went on to establish his own business as a successful CPA in Cache Valley for over four decades.

Harald married his sweetheart, Mildred, on September 10, 1958 in the Salt Lake Temple and has loved and cared for her for 63 years. She was the light of his life and he never missed a day telling her how much he loved her. They have 8 children, five girls and three boys. He taught them how to work by example and by giving them opportunities to work. (Thank you, Dad!) He valued education as a priority in his own life and instilled it as a priority in the lives of his children. He loved Jesus Christ and spent his life studying the gospel. He was particularly fond of the Prophet Joseph Smith and his teachings. He was completely honest in his dealings with others and made integrity a core principle of his personal life and his CPA firm.

To order memorial trees or send flowers to the family in memory of Harald Eckart Singer, please visit our flower store.