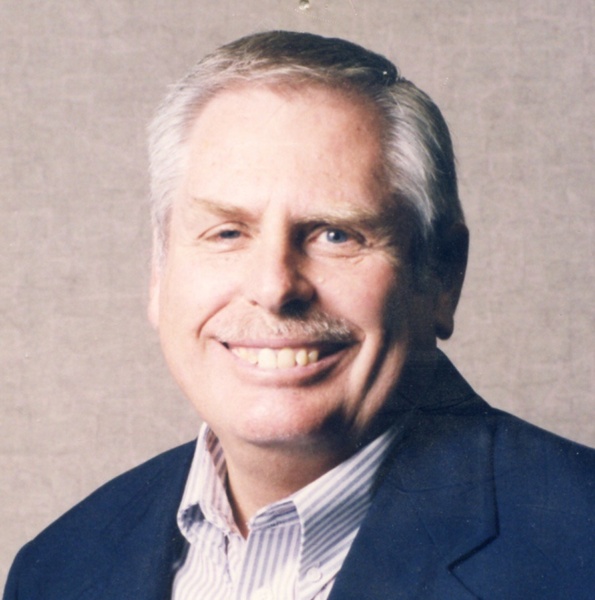 Gary Alma Ward was born April 20, 1938 in Salt Lake City to John and Enid Ward. He grew up in Sugar House until he was 13, when his family moved to Spring Lane in the Cottonwood area of Salt Lake. He was in the first graduating class of Olympus High School in 1956. He then spent two years at the University of Utah, where he met Maurine Carr, before serving two years as a missionary in the Great Lakes Mission. He and Maurine were married in the Salt Lake Temple on September 21, 1960, which was three months and one day after he returned home from his mission.

In 1962 Gary graduated from the University of Utah with a degree in marketing and economics. While in college, he served with the Utah Air National Guard, where he enjoyed driving the large crash-rescue trucks at the Salt Lake airport. After graduation he went to work for Phillips Petroleum Company, eventually moving with Maurine and their young son Lyle to Idaho. In 1968, Gary and Maurine decided to move back to Utah, settling in Hyrum, where Betsy and Adam joined the family. Gary worked as the manager of the Logan mill for Trenton Feed Co-op and then at Carnation/Manna Pro as a feed salesman and district manager. Intermountain Farmers Association, one of his major accounts, then hired him to be their project manager over specialty feeds. Because of his success in sales, he and Maurine were able to go on many trips with the feed dealers, including trips to Quebec City, London, Mexico, and Puerto Rico. He was proud to say that he had been to all 50 states.

Gary always had a great interest in trucks, cars, and tractors, starting with his first car, a 1938 Ford his parents bought the year he was born. Maurine remembers that he had a different car for the first three dates she went on with him. He vowed his kids would have their own cars when they turned 16, which they did: a ’68 Camaro, a ’67 Barracuda, and a ’68 Mustang. He owned a backhoe for decades and loved to plow driveways for his neighbors in the winter. His backhoe skills also delighted neighborhood kids and young relatives, who were thrilled when he would carefully lift them up a few feet off the ground in the bucket.

When he retired from IFA in 2003, he continued operating his dump truck and front loader until his 80th birthday. He also began to restore vintage trucks and old farm tractors, tinkering in his heated shop. He became a member of the Cache Valley Tractor Club, happily driving his three restored tractors in parades and at club events. He and Maurine also enjoyed climbing in their Rhino ATV and driving with friends over the mountains to Randolph to get a hamburger before heading back. His grandchildren loved it when Grandpa Gary would give them a ride in the Rhino, which he had painted his favorite color for vehicles, “Screaming Yellow.”

He was an active member of The Church of Jesus Christ of Latter-day Saints, serving in a number of church callings, even though he didn’t like to wear a tie. His favorite calling was on the Hyrum Stake High Council. He was honored to serve at the recommend desk in the Logan Temple for five years.

Gary left us on May 16, 2022, at the age of 84. He is survived by his beloved wife Maurine Carr Ward, of Hyrum; son Lyle Ward and his wife Jane, of Hyrum; daughter Betsy Ward and her husband Jon Dorwart, of Burlington, VT; and son Adam Ward and his wife Kristine, of Centerville, UT. He has seven grandchildren (Morgan, Madison, John, Ivy, Adelaide, Lance, and Miles) as well as six great-grandchildren (Damon, Henry, Kate, Sam, Eleanor, and Edee). He is survived as well by his four younger sisters and their spouses: Eloise and Roland McDaniel; Nila Ledesma; Diane and Tom Waldron; and Chris and Rod Bushman. He was predeceased by his parents and his older sister Janice Drennan. He is also survived by Effie, his bright yellow 1955 Ford F250 truck that he lovingly and painstakingly restored the past few years.

His funeral will be held Saturday, May 21, at 11:00 at the Hyrum Sixth Ward chapel, 455 East 100 South. The family will welcome friends on Friday between 6-8 pm and Saturday between  9:30-10:30 at the same building. Interment at the Centerville Cemetery.

Those who would like to attend the service virtually may use the following link: https://us06web.zoom.us/j/88471642559

To order memorial trees or send flowers to the family in memory of Gary Alma Ward, please visit our flower store.