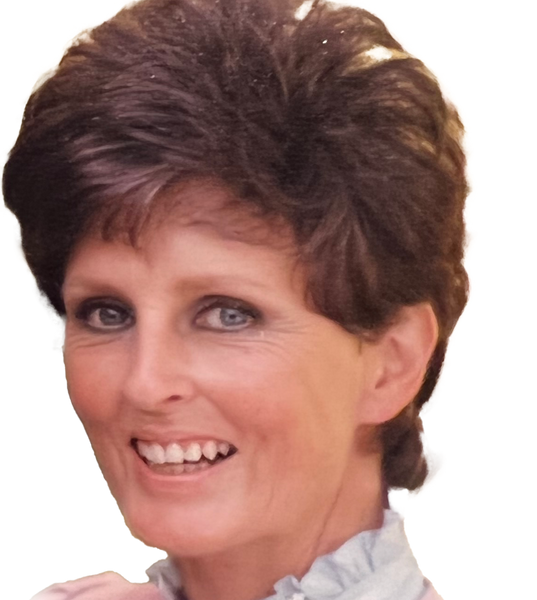 Our dear wife, mother, and grandmother Filomena Maria Antonia Criscuolo Nebeker gently moved on to her Heavenly home on February 24, 2022.
She found it difficult to leave all her precious ones behind but was comforted to know she would be reunited with her mother and father, her beloved Uncle Bags, and her other family members waiting for her.
She was born on May 12, 1936, to Doris Eliza Farthing Criscuolo and Pasquale Michele Criscuolo in London, England. She and her family survived the air raids and bombings in London but otherwise had a wonderful childhood spending time in the English countryside and by the sea.
On February 15, 1955, her great love story began when she met our father in her family’s café outside of Scotland Yard. After a brief courtship, due to our father’s military assignments, she left for the United States, and they married on October 1, 1955. They both felt that fate brought them together and they were destined to care for one another – which they did for 66 years. They had many great adventures in their married life, living in some of the most beautiful areas across the West.
Our mother was passionate about flowers and gardening, and she always made each place that she lived more beautiful than when she arrived. She was also a humble artist and quite a history buff.
Her crowning achievements were her three daughters and her grandchildren. Words cannot express the level of love, devotion, and care that she has shown each one. They all adore her and have the fondest memories and greatest respect for this petite and extraordinary woman.
Our mother was proud of her English and Italian heritage. She was the great-granddaughter of an Italian Baron from Scala and the Amalfi coast. Her ancestral home in Scala was recently discovered along with her family’s coat of arms, and that brought her great joy.
She is survived by her great love, Don Thomas Nebeker. Her daughters: Suzanne Nebeker Houston, Angela (Bob) Nebeker Richardson, Heidi (Brett) Nebeker Bullock. Her grandchildren: Travis (Amanda) Nebeker, Shane Nebeker Bullock, Cade (Jessica) Nebeker, Gabrielle (Grady) Johnson, Kyle (Bobbie Jo) Nebeker Bullock, Alexandra (Justin) Lamoreaux, and Madison (Kurt) Kobayashi. Ten great-grandchildren with two more coming in 2022. Her sister Maria Foster and many loving nieces and nephews.
She was preceded in death by her parents, a sister-in-law, Maurine Nebeker Vance, brothers-in-law Garth Nebeker and Bill Foster, and a son-in-law Doug Houston.
We will miss our beloved wife and mother with all our hearts. We were all her flowers, and she was a gardener that nurtured and cared for us, but more importantly…she was our sun.
“If I should die, think only this of me:
That there’s some corner of a foreign field…That is forever England”
Funeral services were held on Tuesday, March 1, 2022 at the White Pine Chapel, 753 South 100 East in Logan. Burial will take place in the Richfield Cemetery at 12:00 PM on Wednesday, March 2, 2022.  Memories may be shared with the family at www.whitepinefunerals.com

To order memorial trees or send flowers to the family in memory of Filomena Nebeker, please visit our flower store.