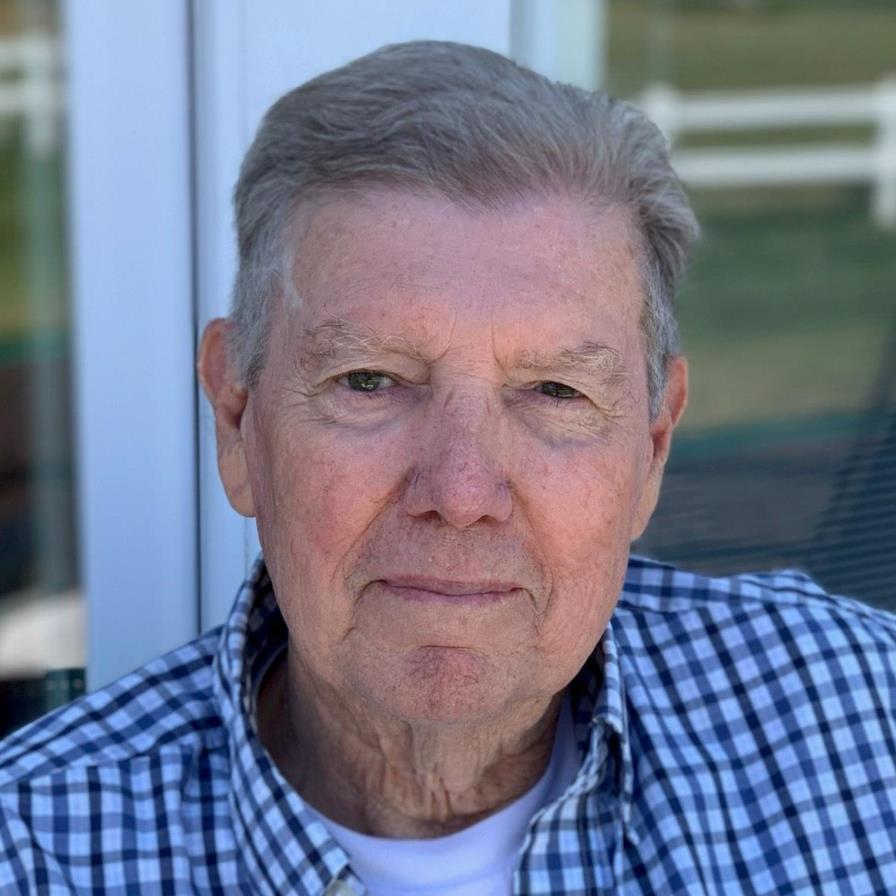 Feltus Barrow Stirling Jr. age 82, was born on December 22, 1937 in Baton Rouge Louisiana to Feltus Barrow Stirling Sr. and Alma Womack Jolly, the first of two children. He died on November 17, 2020 at the LDS Hospital in Salt Lake City of COVID after conquering Lymphoma. He lived in Baton Rouge, Louisiana all his growing up years and graduated from Louisiana State University in 1961 with a degree in Architecture.

Together they lived in numerous places in the country. Beginning their life together in Baton Rouge, Louisiana while Felt was still in school. Felt came from a very large family of aunts, uncles and cousins and has many memories of spending time with his family growing up. After graduation Felt and RuthAnn moved to Houston Texas where he was employed as an architect by several firms. While in Houston Felt and RuthAnn joined the Church of Jesus Christ of Latter-Day Saints, on September 23, 1966; after studying the Gospel to teach their young married Sunday School Class at the local Methodist Church. Their lives were forever changed. They were sealed together with their family for time and all eternity in the Salt Lake Temple on October 9, 1967 by LeGrand Richards.

Felt joined the FBI while living in Houston, as a Special Agent and ended his 25 year career as the Special Assistant to the Assistant Director at the FBI training academy in Quantico, Virginia where he developed a master plan for the growth of the training facility and designed and supervised the creation of “Hogan’s Alley” where all new FBI agents are trained.

From there they were sent to Portland, Oregon for 11 months, then to Los Angeles, California for 7 years. Felt was transferred to the Explosives unit at FBI headquarters and they lived in Dumfries, Virginia for 18 years where they raised their growing family.

After retiring from the FBI in 1994 they hired Felt back as a contractor and sent him on projects in Europe as well as supervising the building of the new FBI Washington DC local field office.

After retirement they moved to Glen, New Hampshire where Felt designed a home in the woods and enjoyed years of hiking, cross country skiing and working in the church. But the main enjoyment in New Hampshire was several years of working on the local tourist steam engine train that ran in North Conway. He began as a conductor and then they taught him to shovel coal for the steam engine and he loved every moment.

When the Boston Temple was preparing to open, Feltus and RuthAnn were called to serve as Temple Ordinance workers. This meant a 3 hour drive each direction. They accomplished this by driving down one day, working that evening, spending the night and working the next morning before returning to their home. It was a learning experience and a joy for both of them.

Feltus and RuthAnn were called to serve two missions at Martin’s Cove Historic Handcart site in Wyoming and served there in 2006 and 2007. The friends made while serving together are truly eternal friends.

Feltus and RuthAnn moved to Providence Utah in 2008, where they served as Temple Ordinance workers in the Logan Temple for over 6 years. They built a winter home in Mesquite, Nevada and enjoyed spending time where it was warmer as much as possible. While in Nevada he began to play his clarinet again and joined the Washington City band. He was amazed at his ability to be able to play the clarinet after so many years and thoroughly enjoyed the experience and the associations.

Feltus and Ruth Ann moved back to their home in Nibley, Utah in May of 2020. It truly was a blessing to be where he could receive the treatment needed to cure his cancer diagnosed in July. He participated in a CAR-T cell Juno trial at the LDS Hospital and after 3 weeks of receiving his cells he received the news that his Lymphoma was gone! He felt so blessed to have been able to receive the care and treatment at the LDS Hospital. He spent over 2 months in the hospital and made many friends along the way. He especially was grateful to Dr. Brad Hunter who encouraged him and supported him through the experience. He was diagnosed with COVID in Logan on Wednesday, November 11, and died in the LDS Hospital on Tuesday, November 17. We have no idea where or how he came in contact with this virus. Please, please wear your mask!

He is survived by his sister, Margaret Stirling Holkan (Bob) of Houston, Texas, and their children Bobby, Sara and Andy.

He requested that no services be held because of the pandemic. A memorial service will be held, if possible, next year to honor and remember this wonderful man.

To order memorial trees or send flowers to the family in memory of Feltus Barrow Stirling, please visit our flower store.