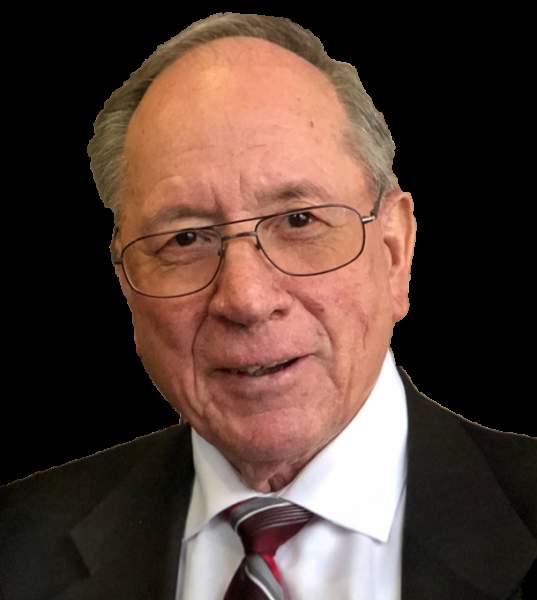 Eldon Schwartz, beloved husband, father, grandfather and friend to all, passed away at home August 13, 2021.

He was born August 12, 1936 in Dayton, Idaho to Gottfried and Irene Beutler Schwartz. He had seven siblings: Ruby, Wayne (Betty), ReNee (Robert Richardson), Robert (Barbara), Alan (Mary Ann), Rosanne, Marilyn (Allan Corbett).
Dad grew up in Dayton, Idaho on the family farm milking cows, hauling hay and thinning sugar beets.
He graduated from West Side High School in Dayton and then moved to Salt Lake City with friends to find work. He gained employment at a Mercdes-Benz Car Dealership as a mechanic. While in Salt Lake City he received his mission call from the Church of Jesus Christ of Latter-day Saints to serve in the Swiss Austrian Mission, serving for 2-½ years.
Several months before leaving for his mission, dad met mom at a stake dance in Salt Lake City. They kept in touch by letter until dad returned from his mission in the spring of 1959 and they were sealed in the Logan Temple in June of 1959.
They initially settled in Logan where dad attended USU, majoring in secondary education. While attending school, three of their six sons were born; Brooke, Layne and Timothy.
Dad began teaching at Sky View High School in 1963, the year it opened. He taught for thirty years before retiring in the spring of 1994.
In 1967, dad and mom were asked to chaperone a group of high school students who were part of a Utah Foreign Language Association group. They traveled abroad to experience Germany and visit twelve other countries. They were gone for seven weeks. They enjoyed their experience but were happy to return home and be reunited with their three little boys. In due time, three additional sons were added to the family, Paul, Troy, and Nathan.
In 1972, dad and mom purchased a small farm in Amalga. Dad loved teaching but he also loved farming and said that if we were having all these boys they needed to learn to work. It is said that “you can take the boy off the farm but you can’t take the farm out of the boy.” So it was with dad. We grew up milking cows, hauling hay, moving sprinkler pipe and thinning sugar beets right alongside with dad. Dad retired from farming at age 80 due to declining health.
Dad could always be found helping family and friends in any way he could.
He served in many ward and stake callings through the years but always enjoyed teaching the gospel most. He had an unwavering testimony of the Gospel of Jesus Christ and always took the opportunity to share it with others.
In the early 80’s, dad and mom sponsored a refugee family from Cambodia when the church was encouraging members to do so. Our family considered the Lim family to be a blessing. It was challenging but very rewarding to help them become established in this new country as they struggled to learn a new culture and language. Both families have remained lifelong friends.
In the fall of 1998, dad and mom left home to serve for eighteen months in the West Indies Mission, laboring on the island of Trinidad. They loved the people and teaching the gospel. They returned home in the spring of 2000. In the fall of that same year, they were called to serve in the Logan Temple baptistry where they served for twelve wonderful years.
Dad and mom were able to do some traveling through the years but the highlight was a cruise to Alaska for their 50th wedding anniversary.
Eldon is survived by his wife, JoAnne (Bacon), sons Brooke, Layne (Laury), Timothy (Micki), Paul (Maho), Troy (Heidi) and Nathan (Sarah), 24 grandchildren and 4 great grandchildren. Dad was preceded in death by his parents, Gottfried and Irene (Beutler) Schwartz, In-laws, Eldred and Fern Bacon, a brother, Wayne and three sisters, Ruby, ReNee and Rosanne.

To order memorial trees or send flowers to the family in memory of Eldon B Schwartz, please visit our flower store.