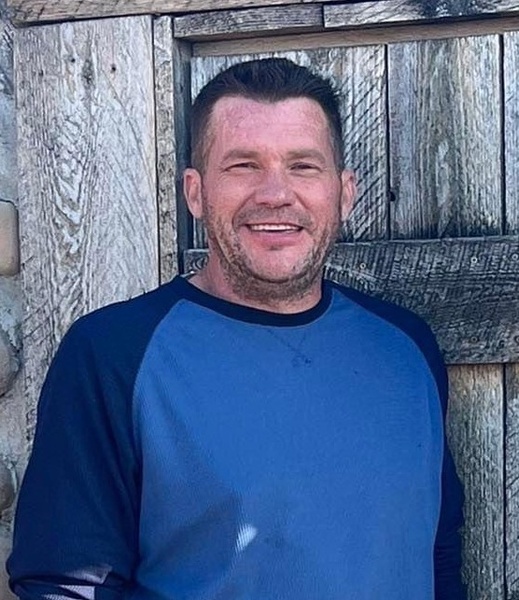 Douglas Michael Jorgensen, “Doug” passed away peacefully on Sunday June 12, 2022. Doug was a gentle giant who was loved by all who knew him. He would share everything he had and if he didn’t have it, he would find a way to get it for you.

He found the love of his life in Jenny (Jorgensen) Pool, and they welcomed their daughter Kori. Twins, Dalton and Daxton joined their family next. Karson, their youngest son rounded out their family, and he adored all of his children. For the last 24 years, Doug and Jenny worked together and trusted each other’s decisions on how to love and raise their children.

He has been living in Logan for the last eight months, feeling safe and glad to be back where he was born on October 11, 1977. He attended schools in the valley, and then moved to Layton, Utah where he attended and graduated from Layton High School. He loved cars and was able to diagnose the problems and fix anything.

He is survived by his parents, Mike and Elaine Jorgensen, and his four children, Kori Jorgensen Foote (Ethan), Dalton Jorgensen, Daxton Jorgensen, and Karson Jorgensen. He also felt so blessed to be a first-time grandpa to little Hudson Foote. He will be so missed by his brother John, and his sisters, Annie, Laynie and Katie, as well as so many nephews and nieces who looked up to him for great fishing advice.

While he was living in Logan, his goal was to continue to build strong relationships with his children and family. He wanted to be an important part of their lives and often said, “I’m their dad and I’m a grandpa now!"

He is so loved and will be sorely missed by all.

For those who would like to attend the service virtually, please use the following link: https://us06web.zoom.us/j/83107741067

To order memorial trees or send flowers to the family in memory of Douglas Jorgensen, please visit our flower store.