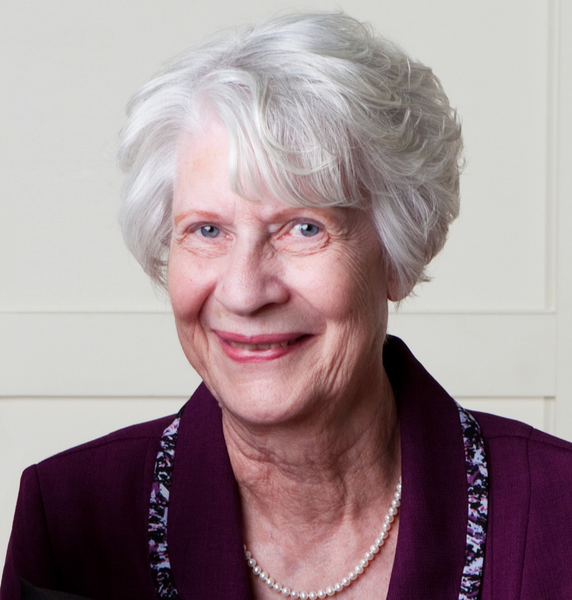 Donna Ruth Polatis Bennett, mother of six, wife to Richard, passed away from complications related to COVID-19 at her daughter's home in Providence, Utah, on June 3rd, 2022. She was 82.
Donna was raised in Blackfoot, Idaho, to May and Bill Polatis, a farmer who grew potatoes, beets and raised dairy cattle. She was the sixth child of seven total. She was an important member of the family, helping out with farming responsibilities.
She often recalled loving school and not looking forward to summers because she'd need to wake up early, milk the cows, and tend to all of her responsibilities on the farm (no iPads there!). It wasn't all work, though... During the fall potato harvest, area schools would close so children could help their parents. Invariably, the harvest machinery would break down, leaving the children to play with their cousins and listen to the World Series.
After the potatoes were loaded, she and her best friend, her cousin Carol, would ride on top of the haul and count the falling stars as they came down from the sky. Carol would often sleep overnight at her house, leading to a lifelong bond that continued throughout adulthood.
She loved listening to Elvis, and In 1957 she graduated from Snake River high school at age 17.

After graduation, Donna relocated to Salt Lake City, where she worked as a secretary at the Bishop's Storehouse, taking over from her older sister Marlene. She lived in The Avenues, about one block away from the State Capitol. She was part of singles groups in the 18th Ward and often attended singles dances.
She eventually ran into Richard Bennett at one of those singles dances at the Terrace Ballroom... a "New Jersey tomato meeting an Idaho potato," as he'd lovingly refer to their relationship in later years. They dated, were engaged, and married in four months. They married on August 25th, 1961 in the Idaho Falls Temple of the Church of Jesus Christ of Latter-day Saints.
They visited the Black Hills of South Dakota during their honeymoon, where Richard was previously stationed in the Air Force. They saw Mount Rushmore and attended South Dakota's noted Passion Play.
In January 1962, they visited the east coast to catch up with Richard's family in New Jersey. Donna's sister Edna also lived in Maryland, so they could catch up as well. During this time, Donna also visited New York City for the only time in her life, relating to her son (who would later become a resident) how she couldn't believe the number of people who went in and out of the subway every few minutes. She said it was probably more than the people who lived in her town growing up.
Richard worked with the Air Force for his entire career, which led Donna to relocate with her family from Syracuse, Utah to Amherst, New Hampshire and back to Ogden, Utah. Eventually, after Richard's retirement, the Bennetts relocated to St. George, Utah, where she lived until her husband's death.

Service was ultimately the theme of Donna's life, serving her six children, her husband, as well as her church and community. She raised six children, with the oldest and youngest 22 years apart. Her children generally lived nearby throughout the intermountain west during her life, and she served as a great caregiver to them, her husband who preceded her in death in 2018, as well as her 24 grandchildren, and 15 great-grandchildren. After moving to St. George, Donna was particularly known for taking care of her elderly neighbors, and supporting them throughout their final years. She also served as a bus aid for children with disabilities.
Donna was happy.
She was known for her trademark "Mona Lisa" smile / smirk combo, and showed it often. She was always happy to joke around, and lift spirits for everyone around her.
Her life wasn't perfect, but she lived the way she chose. She had a great life, and managed adversity with strength and support to others. Sadly, Donna experienced the unthinkable for any parent... the loss of not one, but two children. Her daughter Sherilynn was lost to brain cancer in 1998, and her son Ryan to a car accident in 2006... Both leaving behind four children each.
She is survived by son in-law Kent Mertlich, daughter, Shauna (Dave) Beckett, son, Rick (Wendy) Bennett, daughter-in-law Tonya Bennett-Allman, daughter, SueAnn (Kevin) Taylor, son, Randall (Traci) Bennett.
Her funeral will take place at the White Pine funeral home in Providence, Utah on Friday, June 10th at 11am. A viewing will precede the funeral from 9:30am to 10:30am.

Her funeral will be lived streamed on Facebook Live... for details visit randallb.com/mom-memorial. Her interment will be in St. George, Utah at the Tonaquint Cemetery on Monday, June 13th at 10am.

To order memorial trees or send flowers to the family in memory of Donna Bennett, please visit our flower store.