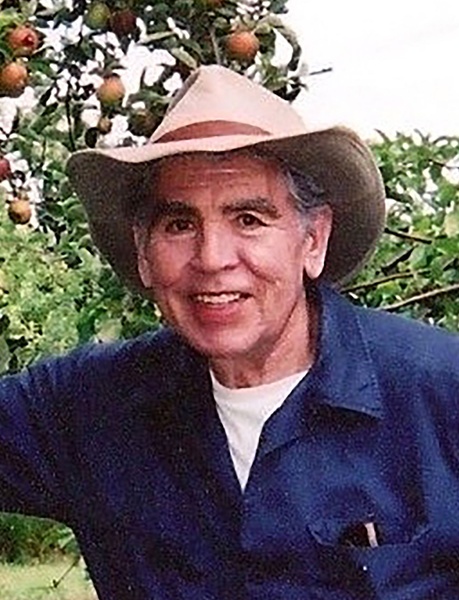 He was raised in Cardiff by the Sea, California. He was a tribal elder in the San Luis Rey Band of Mission Indians. As a child he loved to swim, ride his bike and play war games to imitate the soldiers at nearby Camp Pendleton. Dennis loved music and taught himself to play the guitar and the saxophone. He would often play at many family and public gatherings.

Dennis started working at age twelve, he would drive his grandfather around his farms. Dennis got his first official job at a local bowling alley, where he set up the pins for bowlers.  Dennis served in the U.S. Air Force from 1953-57, where he served as a flight engineer. After he was honorably discharged from the Air Force he returned to San Diego, California, and worked as a cosmetologist.  He opened his own beauty salon called “Dennis’s Coiffures and Fashion”.  In the late 1960s, Dennis became a concrete truck driver and was a teamster member in San Diego and Los Angeles, working there until his retirement in 1998.

Dennis joined The Church of Jesus Christ of Latter-day Saints in April 1976.  He had a strong testimony, loved the gospel, and remained active in the church throughout the remainder of his life, serving in many positions in California and Utah.

Dennis married Nikki Monson in July 1976 and they were sealed in the Los Angeles Temple.  Dennis and Nikki lived in San Diego until they retired and moved to Providence, Utah.  They have been happily married for over forty-five years. His hobbies included reading, gardening, music, and dancing.

There will be no formal funeral services.  A family celebration of life memorial will be held in San Diego at a later time. Condolences can be sent to the family at www.whitepinefunerals.com. Cards or flowers can also be sent to Nikki Estrada at 330 E. 1400 N. Logan, Utah 84341.

To order memorial trees or send flowers to the family in memory of Dennis Richard Estrada, please visit our flower store.