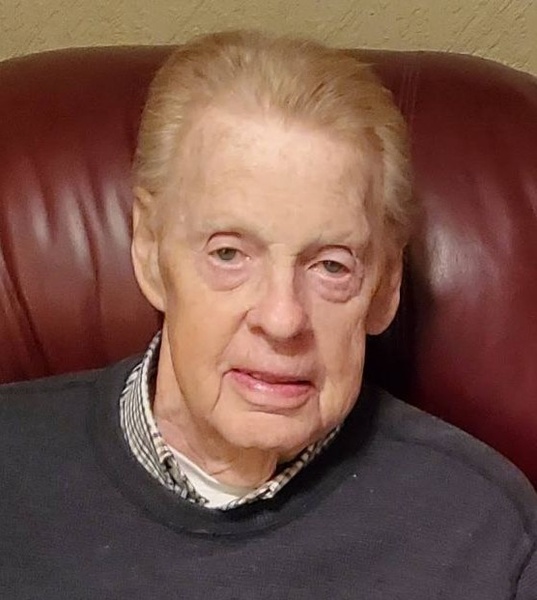 Delwyn was born on February 12, 1936, to William Noel Howell and Cloe Leona Andersen in Preston, Idaho. At the age of 9, he moved to Spokane, Washington. Delwyn graduated from Central Valley High School in Washington where he was the star of the basketball squad. He was also voted Most Preferred Man in high school. Following high school, Delwyn enrolled at Washington State University in Engineering. While there, he was accepted as a walk-on for the basketball team.

Just out of high school, Delwyn enlisted in the Navy Reserve and served for several years. In 1960, Delwyn ventured to Utah where he accepted a position with Thiokol Corporation. He maintained employment there for 35 years, in Procurement Management, retiring in 1995. While working at Thiokol, he met Sharon Kirby. They were married June 19, 1968, in Logan, Utah. He was a kind and loving husband for 53 years.

After retiring, Delwyn and Sharon were able to travel to several countries. In 2005, they purchased a home in St George, Utah, and enjoyed spending the winter months. While in St George, Delwyn took up lawn bowling, and woodworking. He made beautiful custom flutes. Delwyn competed in the Hunstman World Senior Games where he received the Overall Champion Award for the lawn bowling competition. During the event Delwyn’s winning bowl was forever coined, “The Del Shot.”

Delwyn was a member and enjoyed his association in The Church of Jesus Christ of Latter-day-Saints.

An avid golfer, Delwyn served on the Board of Directors at Logan Golf and Country Club and was a regular golfer and a winning competitor throughout his life. In his later years, he golfed on a weekly basis with his twin brother Darwyn and youngest brother Verlo.

Delwyn enjoyed yard work and took great pride in keeping his yard immaculate. He enjoyed watching basketball and has been a longtime supporter of Utah State Aggies, Utah Jazz, and most recently watching his grandson play collegiately and professionally. He did not miss a game, even those aired overseas.

Delwyn was a people person who was liked by all he came in contact with. With his dry sense of humor, he put a smile on many faces. Delwyn was a kind and humble man, who dearly loved his grandsons, and his grandsons adored him. Delwyn was a father beyond no other, and he and his daughter had a special relationship that was unequalled.

Special thanks given to CNS Hospice; Robert, Debra, Dan and Mike.
Memories may be shared at www.whitepinefunerals.com

To order memorial trees or send flowers to the family in memory of Delwyn A Howell, please visit our flower store.