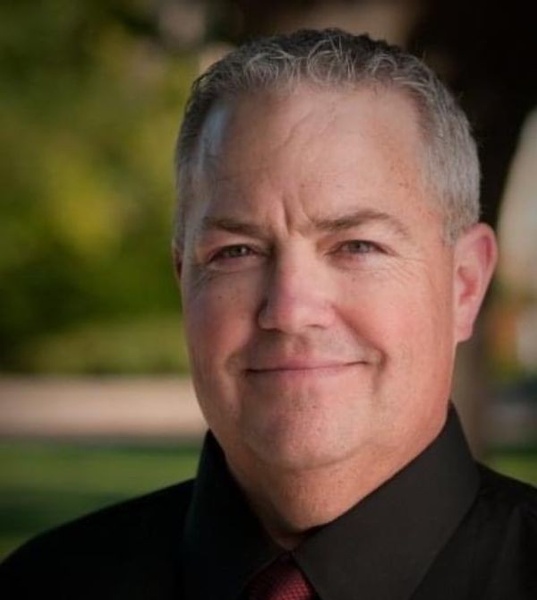 David “Drew” Tribett, 65, of Providence, UT returned to his heavenly home on January 30, 2022. He fought hard for 5 days but his heart just couldn’t recover.

Drew was born in Provo, UT to Caryl and James Tribett. He was the second of 4 children. At the age of 2, the family moved to Las Vegas, NV where Drew spent the remainder of his childhood and much of his adulthood. He served for 2 years in the Lancing, Michigan mission for the Church of Jesus Christ of Latter-Day Saints. He made lifelong friends there that remain some of his dearest friends to this day.

He worked summers at Star Valley Ranch in Wyoming where he met his sweetheart, Holly Wolfley. After a couple months of dating, Drew refused to take her home one night until she agreed to marry him. Thankfully it didn’t take much convincing. They were married December 27, 1980 in Seattle, Washington. They welcomed their first child a little over a year later. They went on to have 3 other children. 2 girls, 2 boys.

Drew started working as a cement truck driver for Nevada Ready Mix in 1986 and worked there for 5 years before he decided he wanted a change. The family moved to The Colony, TX where he attended Parker College of Chiropractic. So many wonderful memories during the 4 years they lived there. He has always been a diehard Dallas Cowboys fan so it was fun to live in Cowboy country during the days of Emmitt Smith and Troy Aikmen.

Upon graduation, they moved back to Las Vegas briefly before deciding they wanted to move their family to Utah and chose Cache Valley as their home. Drew loved helping people and that was part of his passion for doing chiropractic work, seeing patients in his home even right up until the night before his heart episode. He worked in the safety office at Icon/iFit for 22 years. He helped countless employees with their aches and pains over the years while quietly dealing with his own. He loved meeting all the new employees, helping them and training them in many ways. We have been told he made many of them feel so warm and welcomed. He made so many connections and lifelong friends through his years there.

He loved volunteering as a medic for major bike races like LOTOJA and various others as a part of BARC, Bridgerland Amature Radio Club. He participated in weekly check-in’s with the group. He coached baseball and some football for his sons for many years and had a true love for both games. If he wasn’t coaching them he was still there at every game cheering and giving advice through the fence. He was his grandkids biggest supporter as well, doing his best to never miss a game or event. Drew served in various callings in the church and had great knowledge and love for the gospel.

Many know him from the Cache County Fair and other various local fairs and festivals throughout Utah and Idaho. Gyros, fajitas and philly cheesesteaks, the best around.

In recent years he had to endure much pain. He never let it stop him or slow him down much. He loved being a part of everything. His family was his everything. He was so good at keeping in close contact with all his children. Texting, calling, and facetiming often. Helping them through various trials of their own. He was terrible at playing games but was usually a pretty good sport about the jokes made on his behalf. His grandchildren were the light of his life. He loved teasing them, filling them full of treats, especially popsicles, cheering them on for all of their sports and hobbies, and taking selfies with them. Simply the best papa. To say he will be missed is an understatement.

Those who would like to attend the service virtually may use the following zoom link: https://us06web.zoom.us/j/86866097586

To order memorial trees or send flowers to the family in memory of David Drew Tribett, please visit our flower store.