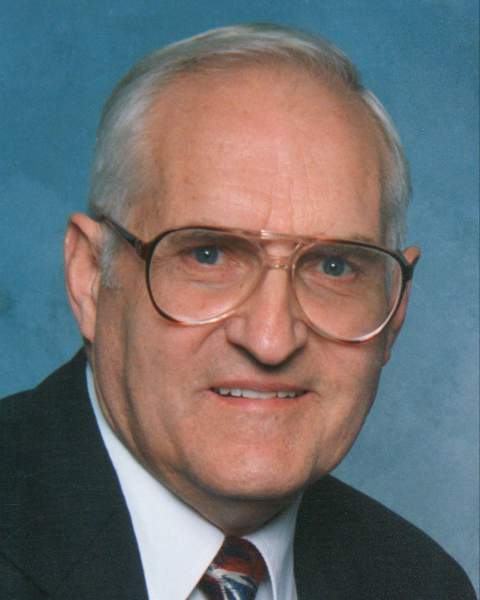 Dale Eugene Orth, beloved husband, father, grandfather, and great-grandfather, passed away peacefully at home, surrounded by his family, on November 9, 2022.

Dale was a kind, unselfish, hard-working man of the highest integrity.  Dale leaves a legacy of great faith, dedicated service, and deep love.

Dale was born on July 31, 1933, in Aberdeen, Idaho, to Lillian Edith Harris Orth and Harold Carl Orth.  He had one older brother, Bob. (Robert Harold Orth).

Dale enjoyed working on the family farm in Sterling, Idaho. He developed a strong work ethic when he was still a young boy.

Dale loved working the land.  This is evidenced by the fact that Dale continued to farm, either on a full-time or part-time basis for the next 30+ years.

On the evening of October 23, 1952, while hanging out with some friends in Pocatello, Dale met the love of his life, Betty Packer.  They became engaged the following March, and on June 11, 1953, Betty Joy Packer and Dale Eugene Orth were sealed for time and all eternity in the Idaho Falls Temple.

Throughout his 69 years of marriage, Dale was a devoted husband, who treated Betty like a queen.  He always showed her the utmost respect, kindness, and love.

Dale and Betty were blessed with eight children, six girls and two boys.  Dale and Betty worked as a team in everything that they did, and parenting was no exception.  They put their hearts and souls into raising their children, in a spiritual, loving, and fun-filled home.

Dale’s greatest joy in his life was serving his family, and spending time with them. The Orth family went on many vacations and camping trips---spanning from Canada to Mexico, and from the Pacific Ocean to the Atlantic!  But the happiest memories of the Orth family are all of the fun that has taken place at Dale and Betty’s Bear Lake house in St. Charles, Idaho.  The Bear Lake house has been a wonderful part of the Orth family for almost three decades!

Dale was an active member of The Church of Jesus Christ of Latter-day Saints.  Throughout his life, Dale was a humble servant of the Lord.  He diligently served in whatever Church callings were extended to him.  Shortly after Dale and Betty were married, Dale served in the Elder’s Quorum presidency.  This began Dale’s life-long journey of service in the Church.  He also served as Scoutmaster, Ward Clerk, Executive Secretary, High Councilor, Counselor in the Bishopric, High Priest Group Leader and Temple Ordinance Worker.  Dale served in many of these church callings on multiple occasions throughout his life.  In fact, when Dale was 75 years old, he was called, for the third time, to serve as a counselor in a bishopric.

In addition, Dale (and Betty) always looked for people who needed an extra measure of love and service.  Dale found much peace and joy in serving those around him.  He exemplified the scripture, “Inasmuch as ye have done it unto the least of these my brethren, ye have done it unto me.”

Dale and Betty spent the majority of their married life living in the Pocatello area. In 2013, they moved to Logan, Utah to be closer to their children and grandchildren, most of whom lived in Utah.

Dale’s heart brimmed with love and joy whenever he talked about the 100+ members of his family, all of whom will forever be better people because of Dale’s unconditional love and tremendous example.  Dale is survived by his loving wife, Betty, his eight children, Susan Orth, Diane Smith, Gina Wheelwright, Janette Andersen, Sheri Waite, Shelly Baldridge, Daren Orth, and David Orth, 33 wonderful grandchildren, 42 amazing great-grandchildren, and their spouses.

Dale’s passing leaves a giant hole in our hearts.  Yet, Dale left a legacy of great faith for his family.  As a result, our firm understanding – that Dale is in his heavenly home, nurtured by a loving Heavenly Father, and surrounded by his family and friends – blesses our souls with The Peace That Passeth All Understanding.

The Orth family would like to thank David and Ada Orth and their children for their unselfish, loving care of Dale.  They would also like to thank Dr. Faux and his staff, as well as the wonderful staff at Aegis Home Health and Hospice, for the kind and respectful care that they provided to Dale.

Funeral services will be held on Saturday, November 12 at 10 AM, at the White Pine Funeral Home, 753 South 100 East, Logan, Utah.  A viewing will be held prior to the service from 9 to 9:45 AM.  Interment will follow the service at Restlawn Memorial Gardens in Pocatello, Idaho.

To order memorial trees or send flowers to the family in memory of Dale Eugene Orth, please visit our flower store.