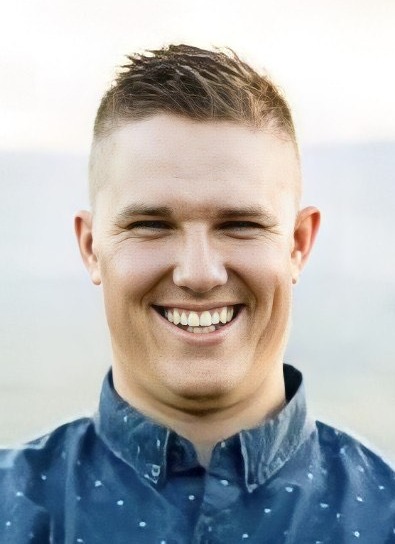 On Wednesday, June 1, 2022, Craig (Woozy) Ryan Bingham, passed away doing what he loved, riding his motorcycle. He was 28 years old.

Craig was born May 18, 1994, in Logan, Utah to parents, Dan and Tracy Bingham. Against his best efforts, Craig graduated from Sky View High School in 2012. He then went on to graduate from MMI (Motorcycle Mechanics Institute) in May 2022.

Spontaneous from a young age, Craig spent many years discovering a long list of passions. Craig loved animals; he would often stop strangers on the street and ask to play with their dogs. His love of pets led him to adopt and rescue many dogs throughout his life, each one loved as deeply as the last. He excelled in every sport or hobby he tried, including soccer, hockey, pickleball and longboarding. He would go on to finally discover his true passion: riding motorcycles. His last years were spend building a life centered around this passion.

Craig fit in a lifetime of friendships in his short time with us. Armed with an infectious smile, often irreverent sarcasm, and a huge heart, Craig would turn every stranger into his best friend. Craig was unapologetically himself in every setting and would allow those around him to be themselves with no threat of judgement. He leaves behind a network of friend groups spanning multiple states, none less important to him than any other. Craig’s friendships ran so deep that he even allowed one of his best friends to marry his sister.

With such a full and busy life, Craig always made sure to stay close with his family. When they would get together, Craig made sure to show his strength by wrestling against the whole family by himself; notably, he would always succeed. Whether it was joking around with his dad and brothers, or tormenting his mom and sister, he loved spending time with his family.

Craig is survived by his parents, Dan and Tracy Bingham; his sister, Kamille Knoppel (Matt); his brothers, Tyler Bingham and Matt Bingham; his grandparents, Curtis and Barbara Arrington and Mark and Inez Bingham.

A visitation will be held from 4 pm – 7 pm on Thursday, June 16, 2022, at White Pine Funeral Services, 753 South 100 East in Logan, Utah.  Memories may be shared with the family at www.whitepinefunerals.com.

To order memorial trees or send flowers to the family in memory of Craig Ryan Bingham, please visit our flower store.