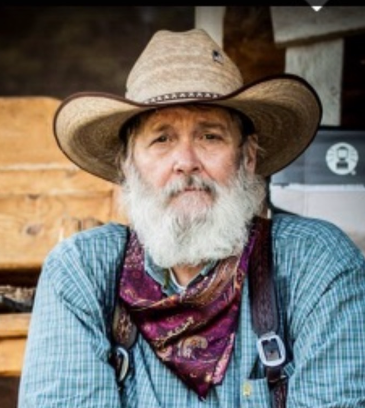 Cordell “Butch” Pulsipher was peacefully reunited with his sweetheart, Reta, while surrounded by his loving family on the morning of November 15, 2021, in Logan, Utah. He died from complications of a heart attack. He was 66 years old when he passed.

Cordell was born in Logan, Utah, on June 26, 1955, to Guy Ray and Janet Pulsipher of Avon. Cordell graduated from Sky View High School in 1973, where he met his high school sweetheart, Reta Jones. Their love was a love like no other. They were married on March 10, 1972, and out of this union came two sons, Brandon Ray and Trevor Cordell. They were sealed as a family for time and all eternity on July 10, 1980, in the Logan Temple. Their youngest child and only daughter, Kandalee, was born later that year. He was a member of The Church of Jesus Christ of Latter-Day Saints and served in many callings throughout his life. He was always willing to help others in need and looked for an opportunity to serve his neighbor.

Cordell started laying bricks with Chad Summers for many years and later worked at E.A. Miller Beef, where he held many positions. He was employed there for 35+ years and developed many lifelong friendships that have continued to this day. After he left Miller’s in 2012, he found his greatest calling in life driving the special needs bus for Cache County School District. Those years driving the bus were some of the best years of his life. He quickly fell in love with those sweet kiddos and was affectionally known as “The Cowboy”.

Cordell could always be found at the ballpark, whether coaching, mentoring, or just cheering on the local kids. The ballpark was truly his second home. By many of the former youth, he is still referred to as “Coach”. Not only was he a great coach, but he also fought to keep the baseball program running and ensure it was a place where ALL kids could go and play. He built a program out of love for the game. Reta spent many years with Cordell at the ballpark, keeping score and being team mom. As a family, we discovered we could schedule more family vacations if there was a baseball game involved. The Los Angeles Dodgers were his team. He was thrilled to watch them win the 2020 World Series. He wore Dodger Blue proudly and never failed to mention they were the best.

Butch was all about family and could be found at any event his kids or grandkids were involved in. He always made sure that his grandkids were cared for and supported, no matter the activity they had going on. Many December’s were spent in Las Vegas, attending the National Finals Rodeo. He loved supporting hometown cowboys at local rodeos too. At the Cache County Fair, he could be found watching the grandkids show their animals and visiting with his friends - every person was known and considered a “good friend”.

In 2015 Cordell lost the love of his life, Reta. Her passing was one of the hardest things he had to endure, and he missed her every day. In the years after Reta’s passing, he met his companion and partner Maggie. They did many things together, created memories, and truly loved each other. The past few years Cordell made the best of his time - whether that was attending the Tim and Faith concert with Trevor and De, going to Disneyland with his children and grandchildren, going to Garth Brooks this summer with Maggie, and finally going on a weeklong vacation to Mexico with his daughter Kandalee and her family. He lived life for today because tomorrow is never promised.

Cordell was preceded in death by his wife of 43 years, Reta, his parents Guy Ray and Janet Pulsipher, his mother and father-in-law Dwayne and Phoebe Jones, his sister-in-law Helen Pulsipher, and many other beloved brother and sisters-in-law and other close relatives. He is survived by his children, Brandon (Mindi), Trevor (DeNeil), and Kandalee (Juan); eight grandchildren, Maria, Sophia, Shyla, Taylynn, Breklyn, Masen, Isabella and Olivia; siblings, Dennis, Roger (Colette), and Debbie (Stan), and many other nieces and nephews. He is also survived by his partner, Maggie Porter, his faithful Husky companion Jett, and his horse Tri.

To order memorial trees or send flowers to the family in memory of Cordell Pulsipher, please visit our flower store.