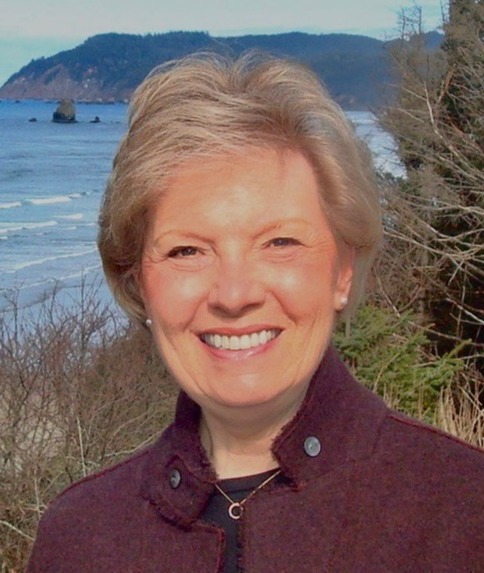 Carolynne Edith Moore Loder passed away peacefully on April 10, 2022, in North Logan, Utah, due to complications from a massive stroke. She fought valiantly and positively for four long years. She was 80 years old, or in her words, “39.”

Carolynne was born in the LDS Hospital on March 3,1942, in Salt Lake City, Utah, to her parents Weldon and Edith Moore. She had a very happy childhood and enjoyed lots of family trips in the car to California and Oregon with her parents and brother, Rich. She attended Uintah Elementary School, Hillside Junior High School, East High School, and eventually The University of Utah.  One of her most treasured experiences as a teenager was when her Father served as a Mission President in Australia in 1959.  She and her brother enjoyed living there for several months and had lots of wonderful moments.

Family has always been the focus of her life. Part of her childhood was spent living next door to her maternal grandparents on Lincoln Street. She was very social and had lots of dear friends throughout her life.  She married Don Lund on September 2, 1960, in the Salt Lake LDS Temple and was later divorced. They had 3 children. She married Terry Loder on June 5, 2001, and was later sealed in the Nauvoo LDS Temple.  She was a very active member of the Church of Jesus Christ of Latter-Day Saints where she served in many different callings including serving in the Bountiful Temple and also as an Inner-City Service Missionary in the Salt Lake area with her husband Terry. She was a very dedicated mother and grandmother and they were the highlight of everything she did. She was affectionally known by her grandchildren as Grammy, Gamsie, and Oma. She enjoyed many trips with her kids and grandkids to Lake Powell, Disneyland and her family cabin, to name a few. Her love for her family and others was a very endearing quality that drew many people to her.

Carolynne’s love of travel lead her to the travel industry as an adult.  She worked for Eastern and Continental Airlines and later as a travel agent for Morris Travel. She has criss-crossed the globe and had many fond memories from those adventures. She was instrumental in making the travel arrangements for the 2002 Winter Olympic bid for Salt Lake City. This came full circle for Carolynne when she became the Residence Manager for the Governor’s Mansion in 1997. She planned and executed 17 days of non-stop events and hosting during the Winter Olympics when the world came to Salt Lake City. She was the longest serving Residence Manager in the United States, being that of 21 years. She served under Gov. Mike Leavitt, Gov. Olene Walker, Gov. Jon Huntsman, Jr., and Gov. Gary Herbert. She oversaw all Mansion-involved events including dinners for dignitaries and Presidents. Her work with the Governor’s Mansion Foundation and its fundraising arm, the Artist Series, which was held three times a year for twenty years, was unmatched.  The honorees, the caterers, and the florists loved working with her and all were unanimous in their praise of her, cherishing their opportunity to work with such a professional.  She worked with the Utah Heritage Foundation, as it was called then, as well as security detail, coordinating docents for the public and school tours of the Mansion. In addition, she was beloved by maintenance staff for her never-ending kindness and expressions of appreciation.  One of her very favorite events was having the honor of hosting the Dalai Lama for four days at the Mansion, a challenging and rewarding adventure. This was a beloved occupation for Carolynne where she met and served with many wonderful people and worked a full day before the morning of her stroke.

Carolynne is survived by her husband, Terry, her children, Teri Leineke (James Collins), John Lund (Stacy), Mark Lund (Jennifer), her brother Rich Moore (Nancy), Keith Moore (uncle), beloved cousins, 11 grandchildren, Connor (Emily), Kitty Leineke, Hannah (Cole Boydston), Jet Leineke, Chloe Ogan (Scotty), Parker, McKay, Tiara Leineke, Jacob, Lauren, and Macy, and one great-grandchild, Oakley Lund. She has many extended family members, and friends, as well. She is preceded in death by her parents and many other family members who are near and dear to her heart.

Graveside services, per her wishes, will be held at the Salt Lake City Cemetery (310 North 1100 East, address within the cemetery) on Tuesday, April 19, 2022, at Noon. No formal viewing will be held. The family would like to sincerely thank Jessica Tarbet, Liv, Mr. “B”, Ellie, and the rest of the wonderfully dedicated and loving staff of Maple Springs where she was cared for with so much love, dignity, and tenderness. We are so grateful to all of you. Memories may be shared with the family at www.whitepinefunerals.com.

To order memorial trees or send flowers to the family in memory of Carolynne Loder, please visit our flower store.