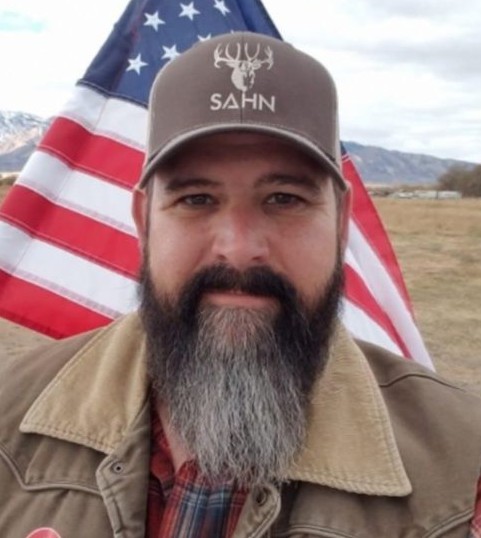 Brian Hal Thompson was born in Provo, Utah on August 8th of 1973 to Ron Thompson and Luana Hyde. He Graduated from Cyprus High School in 1991. Immediately graduating high school he joined the United States Marine Corps., where he served honorable until 1995. He loved the United States with his whole heart and would fight for his country with every bone in his body. Following his return from the Marines he met Karli Marie Gee and they were married September 27th 1996 and were later sealed in the Las Vegas temple.

Brian loved and adored Karli and together they had 4 earthly children. He loved his kids unconditionally and would have done anything for his family. Brian was the type to give anyone the shirt off his back. He was a lover... and sometimes the fighter if he needed to be. Brian loved what he did and worked hard. He started working construction and pouring concrete doing the nitty gritty stuff. When he and his family moved to Las Vegas, Brian worked for Whiting Turner where he worked on the World Market Center and the Lou Ruvo Center for Brain Health. Brian's last project in Las Vegas was the Smith's Center for Performing Arts. Brian was then recruited with Big D Construction in 2014. Brian and his family then hastily moved to Hyrum, Utah to be near family. Brian worked in Cedar City on the Beverly Taylor Sorenson Center for the Arts for close to 2 years. Brian then decided he wanted to be near family again and worked in Logan on a big warehouse project for Malouf. Brian continued to touch the hearts of everyone he worked with and they all loved him like a brother. They looked forward to seeing him everyday and getting one of his famous "Bear hugs".

Brian not only spent lots of time at work and with family but while his kids where growing up he made sure to spend any opportunity he had with them. Brian loved to camp and be outdoors. He and his family spent countless weekends camping and fishing. Many trucks were lost in this adventure. But they got fixed after.

Brian also spent countless hours and weekends with their kids at the football and softball fields. Brian helped coach both of his older children's sports teams. Brian liked to go by the nick name "Big Country" and many others. His smaller kids or as he called them "The littles" didn't like to play sports much, but he made sure he took them to every dance recital and Scout camp that he could. Lots of memories were made. He taught his kids anything and everything he could. Anything from changing a tire to helping heal a broken heart.

Brian had many other connections other than sports and work. He spent any second he could going to church and spending time with the young men and making sure he made a positive impact on their lives. He had many titles at the church and made an impact anywhere he went, but his calling in life was working with the young men. As the Las Vegas church family called him "Sassy" (short for sasquatch) it was fitting. moving up to Utah the name changed to "Hagrid".

Brian loved fiercely and with his whole heart. He was a huge Harley Davidson lover and made many friends in the biker community. He ended up buying a bike brand new and within a year he had over 19,000 miles on it. He loved and adored his biker buddies and made sure they all got a bear hug and a "love ya brotha" before he left.

Brian was one of the greatest men anyone has ever met. He touched the hearts of so many people. Everyone would say that he was the scariest guy to meet for the first time. But then he would bring you in for one of his famous bear hugs and you where instantly his friend. Brian put all of his love and heart into every hug.

To order memorial trees or send flowers to the family in memory of Brian Hal Thompson, please visit our flower store.