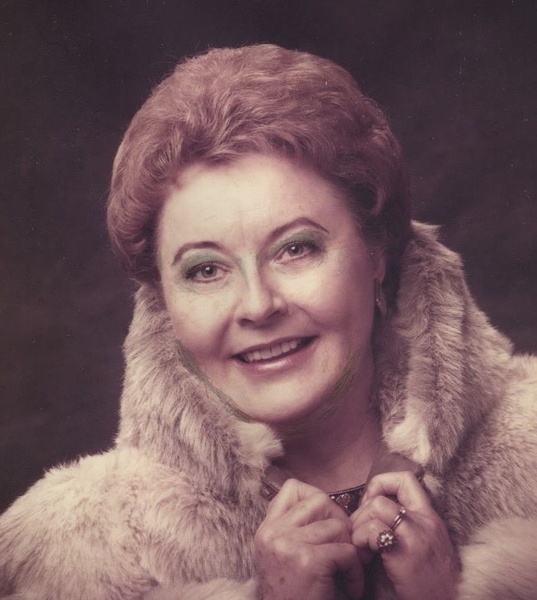 Barbara was preceded in death by her husband, Widtsoe M. Bastian. Their marriage spanned five decades. They have three children: Widtsoe T. Bastian of Providence, Utah, Sherry Quinn of Salt Lake City, and Elaine Hymas of Texas.
Immediately after the Second World War, Wid and Barbara fell in love and were wed. Their devotion to each other was an inspiration for their family and all who knew them. Barbara was by her husband’s side as he earned his degree from Utah State University and became a successful engineer and businessman. They lived a full and vibrant life, residing in Utah, France, California, Arizona, Idaho, and Nevada – all places Wid was called to by his career.
From an early age, Barbara was a profoundly spiritual person. She was a servant of Jesus Christ and believed in His Divinity and Saving Grace. Barbara was aware that she received constant help and inspiration from the spiritual world. Her faith was unwavering and her trust absolute that both she and those she loved were looked after by God and His ministering angels. Barbara’s willingness to discuss her beliefs with others helped many to navigate their path to Glory over the decades.
Barbara will be remembered by all who knew her as a devoted wife and mother, a friendly person with a smile for all, and a Christian of the highest personal and spiritual integrity. While she will be missed by those who knew and loved her, we know that Barbara is right where she deserves to be, in the presence of the Lord.
A graveside service will be held for Barbara at the Richfield Cemetery in Richfield, Utah, on Saturday, June 5 at noon. The family welcomes anyone who knew and loved Barbara to attend and pay their last respects. Memories may be shared with the family at www.whitepinefunerals.com

To order memorial trees or send flowers to the family in memory of Barbara Joy Hales Bastian, please visit our flower store.