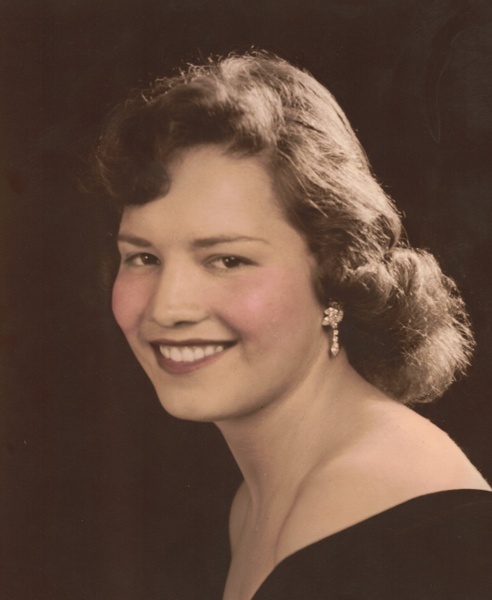 Heaven received an angel on May 16, 2022.  Barbara Mae Bateson Allsop, 83, of River Heights UT passed away peacefully at home surrounded by members of her loving family.  Barbara was born on June 23, 1938 to Harvey Lee & Della Lemon Bateson.  She is the 2nd daughter of 3 girls (Dinna, Barbara, & Karen).  Barbara married her loving husband of 65 years Bruce Dewey Allsop in the Logan LDS Temple.  They had 3 children together Dale, Cathy, and Dennis, 8 grandchildren and 9 great grandchildren.

Barbara was a hard worker her whole life.  Growing up she worked with her dad at Logan Radiator.  Shortly after getting married, Bruce was drafted into the Army and together they moved to San Antonio, TX, where Bruce trained decathalon horses and Barbara worked as a seamstress at Fine Silver.  While living in Texas, Dale was born in the Army Hospital.  After leaving San Antonio, they moved to Idaho Falls, ID, where Cathy was born. and finally returned to Logan and River Heights, UT,  where Dennis was born and they still live.

Barbara worked for the Postal Service where she delivered mail to Avon and Paradise.  She also worked as a seamstress at Mode-O-Day before helping Bruce run the family business, Bruce Allsop Insulation and Mountain Fiber Insulation, Inc., until retiring in 2005.  Barbara spent many hours in her yard where she took pride in keeping it looking beautiful.   Even just a few weeks ago, she was worried about her yard looking nice and having flowers planted.

Barbara loved spending time with her family camping, boating, snowmobiling, and fishing.  Barbara would almost always catch the most fish.  She also enjoyed bowling and golfing with her friends which included her life long friend Marilyn Darley.  Barbara was on a bowling league for years and had many bowling trophy’s to show for it.  Barbara had the opportunity to go on 14 Cruises during her life time, the first one was with her mother and sisters.  Bruce went with her for the other 13.  They traveled many places including Alaska, Panama Canal, and Africa on these cruises.  After retiring in 2005, they bought a condo in Mesquite, NV, and became Snow Birds.  They made lots of friends over the years from all over the United States and Canada.

Barbara attended school at Woodruff, Ellis, and Logan High School where she graduated in 1956.  Barbara was also a “Master Barber” cutting Bruce’s hair and the boys growing up.  All 4 of her granddaughters went into Cosmetology Schools, so it apparently ran in the genes.

Barbara touched many lives and was always ready to offer a helping hand whenever it was needed.  During her final years, her biggest joy was spending time with Bruce and their little “doggy” Levi, they didn’t go anywhere without him.

The family would like to extend their gratitude to Primrose Home Care & Hospice and their staff for the care that they provided for Barbara during her last days.

To order memorial trees or send flowers to the family in memory of Barbara Allsop, please visit our flower store.