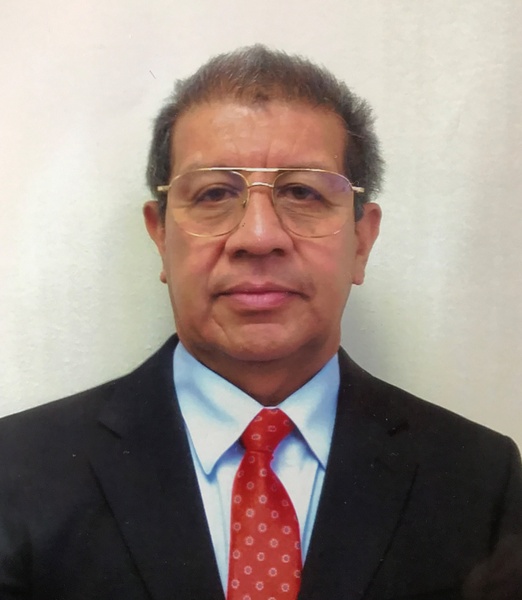 Born in Xalapa Veracruz the 30 of August 1949 and passed away the 24 of July 2022 in Smithfield Utah.
Son of Adolfo Velasco Mezura and Concupcion Garcia. He had two brothers Adolfo and Jorge, and one sister Maria Del Socorro. Throughout his youth he was a young athlete. He loved soccer, basketball, and volleyball. He was a healthy young man.
He married Alma Sofia Quiroz the 28 of August 1971 in the city of Xalapa Veracruz. They were married for 50 years until the 24 of July 2022.
They had 5 children. The first Alma Guadalupe, the second Clara Xochitl, a boy who passed right after birth, a daughter who also passed away after birth, And lastly Erika.
They had the blessing of having five grand kids. First Danielle Erika, second Carol Grecia, Sofia, Xochitl, lastly Alfonso Josue.
He heard of the gospel in the 1990 through the Pastor Juan Jose Sosa Palma. He gave his life to the Lord on the 31 of August 1991 in the city of Xalapa. The date of the initiation was the 20 of August 2005. The day of his ordination was the 8 of August in Burly Idaho.
In the month of August 1995 him and his wife immigrated to the United States. First in North Hollywood congregating with Pastor Carlos P. Then in the year 1996 they moved to the city of Ogden Utah. In the congregation of Pastor Tommy Vigil of Ogden Utah together with their daughters. They congregated 5 years with the late Pastor Leopoldo Meza in Hyrum Utah and the last 15 years he himself was a Pastor in Logan Utah.
Alfonso Baptized many people, married many people, and presented many newborns. The day that Alfonso left with the Lord he was surrounded by his daughters, grandchildren and his wife who would express phrases of love, appreciation and gratitude for everything that he did for them.
Alfonso had the heart of a pastor who loved the Lord's work no matter the difficulties. He was always ready to do his very best for God. He left peacefully through the will of God because he always fought the battle without giving up.
A funeral service will be held on Saturday, July 30, 2022 at 11:00 am at Apostolic Assembly of Faith in Christ Jesus, 1634 Kiesel Ave, Ogden. A viewing will be held prior from 10:00 to 11:00 am at the church.
To order memorial trees or send flowers to the family in memory of Alfonso Velasco Garcia, please visit our flower store.